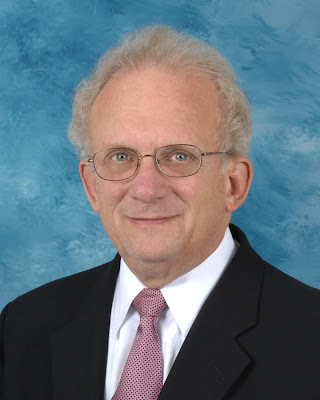 U.S. Rep. Howard Berman. Photo: Wikipedia
During his 28 years in Congress, Howard Berman has earned a reputation for his ability to bring Democrats and Republicans together.
Now, as chairman of the House Committee on Foreign Affairs, Berman is going to need all his coalition-building skill and creativity to push forward a proposal to lift the ban on travel to Cuba.
Berman, D-Calif., said Tuesday he's determined to bring the bill to a vote in the Foreign Affairs Committee.
"For me, this is an issue about Americans' right to travel," Berman said in a conference call with journalists, bloggers and Cuba policy experts.
The bill cleared the House Agricultural Committee on June 30. No other proposal has advanced quite as far in Congress to remove the ban on travel to Cuba. But the bill faces tough opposition.
Berman said he won't bring it up for a vote unless he is confident it will pass the Foreign Affairs Committee.
"We're not quite there in terms of the votes," he said. "We have 19 hard votes. I want 24."
Berman said Ileana Ros-Lehtinen, R-Fla., is one of the bill's toughest opponents. She is the ranking Republican member of the Foreign Affairs Committee. A Cuban-American, she is fighting hard to prevent the travel bill from passing, Berman said.
"This is an issue of tremendous passion for Ileana," he said. "This is deeply personal and she works it."
Unlike some conservative Republicans, Ros-Lehtinen opposes oil drilling, Berman said. She favors gay rights. But she strongly opposes lifting the ban on travel to Cuba, he said.
Berman said 15 Democrats and four Republicans on the Foreign Affairs Committee want to allow all Americans to travel to Cuba. The Bush administration restricted almost all travel to Cuba. Barack Obama loosened the ban, allowing Cuban-Americans to travel freely to the island. But American tourists cannot go to Cuba under U.S. law.
Asked if there is anything the Cuban government could do to sway U.S. lawmakers, Berman said, "What Cuba does is, in one sense, not relevant. This is about Americans' right to travel. I want them to release Gross, but I don't think we should be basing our actions on what Cuba does."
But, he said, if Cuba were to release Alan Gross, an American subcontractor arrested for distributing laptops and other communication gear in December, then perhaps some lawmakers would support lifting the ban.
Berman said he can't say the travel bill will fail if Gross is not released, "but I just feel it would make a difference."
However, he said, he is seeking approval of the travel bill "under the present circumstances," without considering what becomes of Gross.
"I cannot control that," he said, referring to what the Cubans do about Gross.
Asked if he has been trying to convince Obama administration officials to help get key lawmakers on board, Berman said he was not doing that right now. But, he said, he would not rule out seeking officials' help at some point.
He said he believes that Obama would sign the travel bill if it passes. But he said he's not convinced that the Obama administration wants to publicly advocate the bill at this point.
There was some discussion during the conference call about whether travel to Cuba - and increased contact with Cuba - would somehow strengthen national security in the United States. Berman said, "Contact is good for national security."
Trying to isolate Cuba, however, has been tried for 50 years and it has failed, he said.
John McAuliff, who took part in the conference call with Berman, said he came away with the impression that the travel bill faces serious opposition in the Foreign Affairs Committee.
"It is, indeed, going to be a rough challenge," said McAuliff, coordinator of the Travel Industry Network on Cuba.
He said he is not convinced the bill will ever make it out of the Foreign Affairs Committee.
It's "a very iffy situation," he said. "Nothing Berman said makes me confident we're going to win in the House."
McAuliff believes pro-travel advocates ought to pressure the Obama administration to do more to open up licensed travel to Cuba.
"The focus has to be on the White House right now," he said. "That's where the game's being played. We're going to win or lose based on what the White House does."
If the Obama administration acts, "that can create momentum and positive change. That gives us a better shot at a House victory," said McAuliff, also director of the Fund for Reconciliation and Development.
During the conference call, Berman said the U.S. ban on travel to Cuba is an anachronism and he's been working for years to reverse such policies.
"This is an issue near and dear to my heart," he said.
He explained that he and Morton Halperin, then director of the Washington office of ACLU Foundation, drafted the Free Trade in Ideas Act in 1988.
In 1993, Berman introduced the act, aimed at prohibiting restrictions on the free exchange of ideas and the right to travel in the Trading with the Enemy Act.
Berman denied meeting with Jaime Ortega, the top-ranking Catholic Church official in Cuba.
The Wall Street Journal reported in June that Berman had met with Ortega, the Havana cardinal who has helped mediate the release of Cuban political prisoners this summer.
Catholic Church officials confirmed that Ortega traveled to Washington and met with Obama administration officials, among others. But Berman said Tuesday, "I never met with Ortega. You cannot believe what you read."

Link:
U.S. House Committee on Foreign Affairs
Posted by alongthemalecon at 6:36:00 AM

This is very greatful and informatic helpful Can I quote a post in your blog with the link to you? i want to book mark it !
Bandhavgarh Wildlife Tour