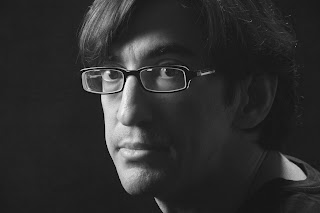 Ernesto Hernández Busto. Photo: Penúltimos Días
Ernesto Hernández Busto of Penúltimos Días wonders of Fidel Castro was referring to the political system, not the economic one, when he said Cuba's model "doesn't even work for us."
What's certain is that Castro's quote, delivered to Jeffrey Goldberg of Atlantic magazine, continues stirring controversy.
A poll in Penúltimos Días asks readers if Castro's comment was:
At the moment, 5 percent of the readers believe the comment was sincere; 45 percent call it "involuntary cynicism."
See the poll here.
M. H. Lagarde, of the pro-government Cambios en Cuba blog, says Fidel Castro is only repeating what his brother Raul has been saying, that Cuba's economic model needs to be adjusted and improved.
Lagarde defends Castro's quote, and says the foreign press - "that press," he calls it - will never understand that Fidel Castro's admission about the system's shortcomings is evidence of the strength of the Cuban model. Lagarde writes:


There's no way that press will notice the paradox in Fidel's quote: The Cuban model itself is viable simply because its creator and leader is able to realize otherwise.