Ex-president: Cuba is stuck in the past 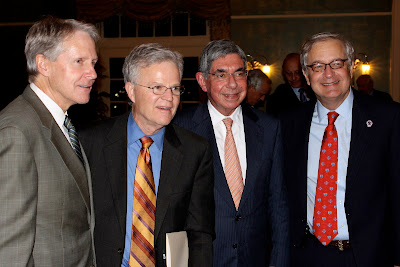 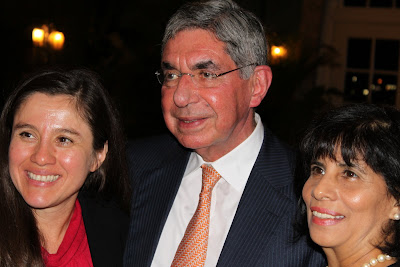 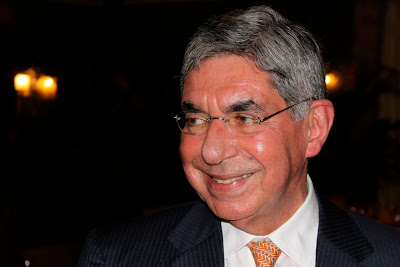 Oscar Arias
Former Costa Rican President Oscar Arias called Cuba "a great disappointment" tonight, citing the country's failure to make democratic advances.
In September, Fidel Castro told an American reporter that Cuba's economic model didn't work. Arias said some observers were gratified to hear that admission, thinking it signaled that reforms might follow.
"But then he said he meant capitalism," Arias told me.
"Cuba is stuck in the Sierra Maestra. Cuba is the only country in the world that's still in the Sierra Maestra."
Fidel Castro operated out of a rebel hideout in the Sierra Maestra while waging war against the government of Fulgencio Batista in the 1950s.
Arias, who turned 70 earlier this month, served two terms as Costa Rica's president. He gave the keynote address at the Hemispheric Freedom Symposium in Baton Rouge. The title of his presentation was "Prospect for Freedom in Latin America."
He mentioned Cuba only once during his speech.
"With the sole exception of Cuba, Latin America is entirely democratic today," he told the audience.
After his talk, I asked Arias to elaborate. He said he'd rather not grant an interview and gave me only a the brief Sierra Maestra comment.
In his speech, Arias expressed concern about ongoing threats to democracy in Latin America. Among them:
"Governments are experts at creating pretext but not delivering results," he said.
Arias was president from 2006 to 2010 and from 1986 to 1990. He was awarded the Nobel Prize in 1987 for his efforts to bring peace to war-torn Central America in the 1980s.

Arias does not command much support inside Cuba. He has always been a dutiful foot soldier of American imperialism.

But he is welcome to offer his opinions.

BTW, Tracey, I am no longer participating in FaceBook. I have deactivated my account, but will continue publishing Cuba Journal.

Thanks, Cuba Journal...
You're right about Arias. He's not a popular guy in Cuba. Here's a link to a story Juventud Rebelde did about him: