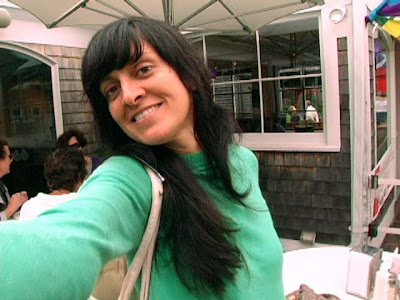 Jauretsi Saizarbitoria
Fidel Castro plans an early-morning speech on Friday to students at the University of Havana, Cambios en Cuba reports.
He evidently will talk about threat of nuclear war and worries that the United States will join Israel in an attack on Iran.
Some bloggers have pointed out that Castro has not said much about domestic affairs since returning to the public spotlight in July.
Cuban-American Jauretsi Saizarbitoria, co-director of a documentary about Cuban rap music, noticed that after Castro gave a nationally televised speech in August. She wrote:

Saizarbitoria also cited a quote from a young Cuban artist who spoke to AFP, saying,


It was surreal to see Fidel Castro reappearing to tell us about the Iranian crisis and not the one in Cuba.


His big battle is international affairs.

What do other folks in the blogosphere think about that? Should Fidel Castro, the main figure who built the Cuban revolution, discuss or defend his legacy?

Link:
Along the Malecon's Fidel Castro page
Posted by alongthemalecon at 7:49:00 AM