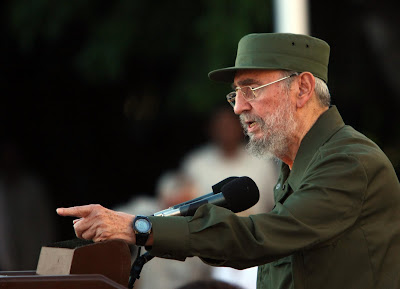 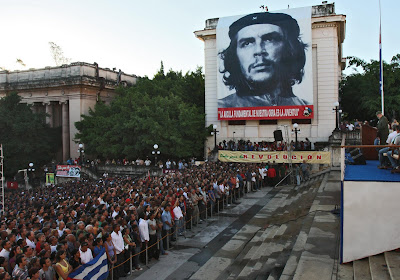 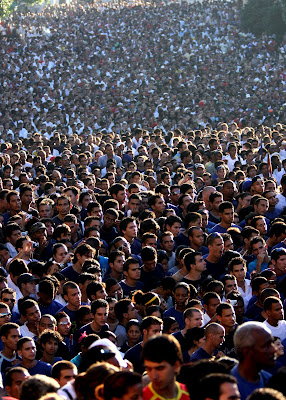 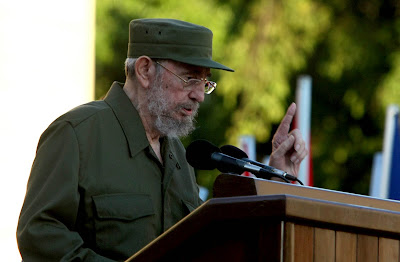 Photo credit: Cambios en Cuba.
Fidel Castro spoke this morning at the University of Havana in his first appearance before a crowd in more than four years.
He sported a new look that included eyeglasses and plain military fatigues without his usual commander-in-chief star and laurel.
As expected, Castro warned of the threat of nuclear war. Juventud Rebelde published a summary of his comments in Spanish.
Castro, who reemerged in July after dropping out of sight for four years to recover from intestinal surgery, told the crowd that the threat of nuclear war is urgent.
Barack Obama had a different take on the subject earlier this year, saying:


Today, the threat of global nuclear war has passed, but the danger of nuclear proliferation endures...