If Cuba's economic model doesn't work, why not change it? 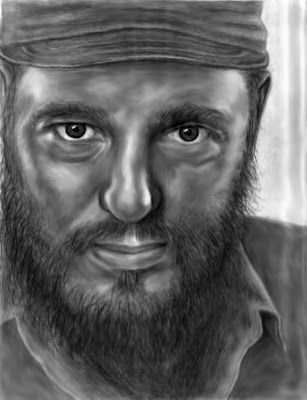 Illustration: Cille85
It is an amazing quote, something you'd never expect to come from the lips of Fidel Castro:


The Cuban model doesn't even work for us anymore.

Atlantic magazine's Jeffrey Goldberg said that's what the former Cuban president told him casually over lunch.
If the quote is accurate, it is refreshing to see Castro acknowledge the government's failure to maintain a healthy economy.
But it also strikes me as a sad and tragic statement. Most of 11 million Cubans endure great economic hardship because the Cuban economy does not work. Castro should not only acknowledge that, as he evidently did, he should take bold steps to change it.
He should be part of the solution, particularly since he carries most of the responsibility for creating Cuba's economic system.
Let's agree that U.S. economic sanctions contribute to Cuba's economic ills. That is fair enough.
I think you could also argue that perhaps Castro would not have devised such a system of government if the United States had not pushed so hard to try to force him from power.
But Cuba's jerry-rigged socialist system also carries a big share of the blame for the country's profound economic troubles. It is quite ironic: In 50 years, Cuba still has not been able to develop an economic system that does not depend on foreigners.
If it's not the Soviet Union, it's Venezuela helping to prop up the country.
What's remarkable is that Fidel Castro admitted the system doesn't work. I've heard many of his speeches. I've read his writings. It is not terribly common for Castro to admit any failing. He usually points the finger elsewhere.
Meantime, Cuban families struggle to survive. Those who start small businesses face crippling government regulations and taxes. Nothing like China's economic model exists. There is very little economic freedom in Cuba.
The government does not allow political dissent, either.
Despite it all, many Cubans respect Castro. They respect him for defending Cuba against U.S. intervention. They respect what he's tried to do, even if he failed to reach some of his goals.
Nationalistic feelings - not any great desire to follow Marxist ideology - are what drive many of Castro's supporters.
And how could you blame them?
Would Americans allow some foreign nation to dictate how the U.S. government ought to operate?
Of course not. And Americans shouldn't expect Castro supporters to accept U.S. meddling, either.
But we can express amazement over casual statements made over lunch.
Posted by alongthemalecon at 9:12:00 PM