Pastors for Peace founder dead at 80 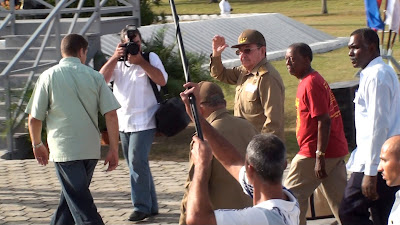 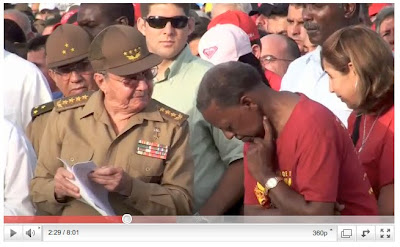 Link to video of July 26, 2009, rally in Holguin, Cuba. Raul talks to Walker through a translator at 2:29 into the clip.
The Rev. Lucius Walker, one of the leading figures in the fight for normalized relations with Cuba, is dead.
Walker, 80, of Demarest, N.J., led the Pastors for Peace caravans to Cuba. He was a longtime civil rights activist and founding director of the Interreligious Foundation for Community Organization, or IFCO. An IFCO announcement said:


It is with immeasurable sadness that we write to let you know of the passing of our beloved, heroic, prophetic leader the Rev. Lucius Walker Jr. this morning. We will write with more information as soon as arrangements are made. Please keep his family and his IFCO family in your prayers.


Profound sadness over the passing of Lucius Walker.

In 1988, he was shot and wounded while leading an IFCO trip to Nicaragua, his online biography says. That episode led to Pastors for Peace aid shipments to Nicaragua, El Salvador, Guatemala, Cuba and Chiapas, Mexico.
The trips to Cuba became known as Friendshipments. They openly challenge the legality of the ban on trade and travel to Cuba.
I've interviewed Walker several times. In 2004, I asked him to give me his reaction to new Bush administration rules that had frightened many American medical students into leaving Cuba. Walker told me:


It's not a good situation. I'd like the U.S. government to come to its senses and exempt these students from the restrictions. They're not terrorists. They're not agents. They're simple ordinary kids from humble backgrounds.

Walker said U.S. measures to restrict travel to Cuba were "devastating, cruel and damaging."
He said:


These regulations are hurting these kids. If the intent is to punish Cuba or somehow force Cuba to do whatever the U.S. wants it to do, it's not working.

Walker's biography shows that he had received a number of honors. Among them:
Walker was born on Aug. 3, 1930. He was in Cuba on his birthday this year. ACN reports:


Lucius had celebrated his 80th birthday with his friends in Cuba which he characterized as his second home.

I looked for Walker at the July 26, 2010, rally in Santa Clara, Cuba. I couldn't spot him in the crowd and it occurred to me he might have stayed behind in Havana to meet with Fidel Castro.
Walker's surviving relatives include his wife Mary and five children. 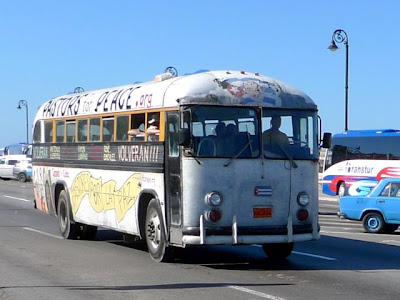 Robert Bostelaar, creator of the Caristas blog, passed along this photo of a Pastors for Peace bus in Cuba.

The Pastors For Peace buses in Cuba will serve as memorials for Lucius Walker. Here's one that I saw in Havana:
http://caristas.blogspot.com/2009/08/by-their-funky-old-buses-ye-shall-know.html