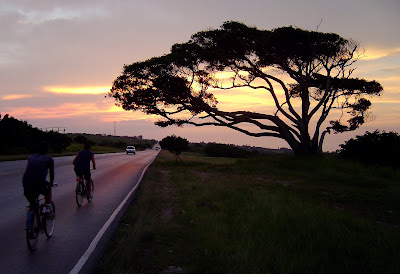 Riding toward Havana, into the sunset
The House Foreign Relations Committee on Wednesday is expected to consider a bill that would loosen the ban on travel to Cuba.
Supporters of economic sanctions say now is not the time to reward the Cuban government. Lifting sanctions will only prolong the socialist regime, they say.
It's true that easing the travel ban will benefit the socialist government. State-run companies will take in more tourist dollars. But I believe the U.S. ought to pursue normal relations with Cuba. U.S. economic sanctions only hurt ordinary Cubans.
Most Cubans struggle to get by. They don't have time or energy to worry about trying to change the political or economic system. They're busy trying to put food on the table.
If you really want to change Cuba, flood the place with people, money and ideas. Sure, the socialist government will get some of that money. But ordinary people who aren't to blame for their government will also benefit.
Any American who doubts that ought to get on a plane for Havana and check it out.
Then again, that would be illegal, wouldn't it?
Posted by alongthemalecon at 5:57:00 AM