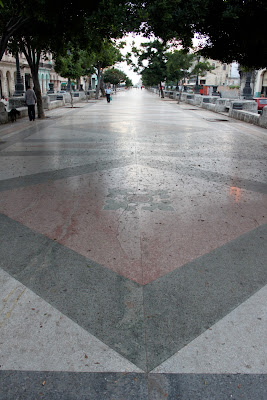 
President Obama promised to reach out to Cuba, in hopes it would encourage reform. But now that the Castro brothers are actually following through, Washington is missing in action.


In the high-stakes world of international diplomacy, bluffing is a seldom-seen practice -- the stakes are simply too high to risk getting called out. But, that's precisely what seems to have happened with the Obama administration's stated policy of détente toward Cuba. Havana is making concessions, but Washington seems incapable of responding in kind. The United States may be fumbling away its best chance at influencing Cuba in the way that it has claimed to have wanted for decades.

Obama defended his approach to Cuba, telling reporters Tuesday at the White House:


I think that any release of political prisoners, any economic liberalization that takes place in Cuba is positive, positive for Cuban people, but we've not yet seen the full results of these promises.

Cuban authorities arrested 75 dissidents and pro-democracy activists in 2003. In July, they agreed to free the remaining 52 who were still in prison.
Capitol Hills Cubans' applauded Obama for "keeping caution" and said the socialist government hasn't changed:


...this is simply another ploy by the Castro regime to ease international pressure, then turn around and arrest a new batch of political prisoners to use as pawns.

At least four of the political prisoners have refused to leave jail if it means they must leave Cuba. Some opposition leaders in Havana likely believe that the dissidents must stay in jail to keep the international spotlight on Cuba.
The Obama administration doesn't want to appear weak. U.S. officials are avoiding making any concessions while any Group of 75 prisoners are still in custody.
The case of U.S. subcontractor Alan Gross only complicates things. Assistant Secretary of State for the Western Hemisphere Arturo Valenzuela and Cuban Foreign Minister Bruno Rodríguez discussed the case during a United Nations meeting in September. That's progress. At least they're talking.
My guess is that Cuban officials will resist freeing Gross as long as the Cuban Five are in jail.
And don't count on Obama to rescue the agents. He doesn't dare pardon the Cuban Five. That would only give his critics new ammunition as they brand him a left-wing "socialist" and watch his poll numbers plunge.
Cuban authorities can't release Gross because his case is intimately tied, at least symbolically, to that of the Cuban Five.
Cuban officials have made the Cuban Five a centerpiece of their political strategy. The agents are the public face of the revolution. They are larger-than-life heroes in Cuba. They are key to the socialist government's domestic and international agenda. They represent strength, defiance and nationalism.
Cuban officials can't afford to give up that cause.
Fidel and Raul Castro have vowed, "They will return." Wisely, they never said when.
So it's gridlock, once again, in the stubborn saga of U.S.-Cuba relations.
Without a presidential pardon, the soonest any of the Cuban Five will leave prison is Oct.  7, 2011.
That's when Rene Gonzalez is set to be freed.