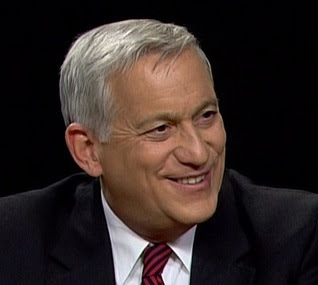 
We can't allow ourselves to be out-communicated by our enemies. You've got Russia Today, Iran's Press TV, Venezuela's TeleSUR, and of course, China is launching an international broadcasting 24-hour news channel with correspondents around the world [and has] reportedly set aside $6 -10 billion dollars – we have to go to Capitol Hill with that number – to expand their overseas media operations.


He meant to refer to enemies within Afghanistan - those that advocate terrorism. He did not mean to refer to, nor does he consider, that Russia, China, and the other countries or news services he mentioned are enemies of the U.S., and he regrets giving that impression.

The Broadcasting Board of Governors is an independent federal agency, supervising all U.S. government-supported, civilian international broadcasting, whose mission is to promote freedom and democracy and to enhance understanding through multi-media communication of accurate, objective, and balanced news, information, and other programming about America and the world to audiences overseas. BBG broadcasting organizations include the Voice of America, Radio Free Europe/Radio Liberty, the Middle East Broadcasting Networks (Alhurra TV and Radio Sawa), Radio Free Asia, and the Office of Cuba Broadcasting (Radio and TV Martí).

Email ThisBlogThis!Share to TwitterShare to FacebookShare to Pinterest
Labels: bbg, broadcasting board of governors, our enemies, out-communicated, walter isaacson