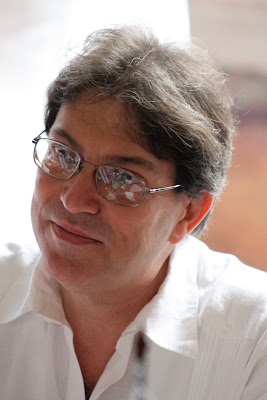 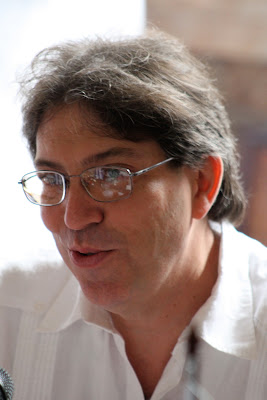 Bruno Rodriguez Parilla
Raul Castro "is in charge of the government" and "Fidel is the leader of the Cuban Revolution" and they work as a team, Cuban Foreign Minister Bruno Rodriguez Parilla said.
"...there isn’t any interference, much less any difference, between the two," Rodriguez told Malasia's Star newspaper in an interview. "Raul is in charge of all government tasks. He is now devoted to resolving the country’s problems, which are mostly on the economy."
Among other comments from the interview:

The United Nations is scheduled to vote on Oct. 26 on a resolution condemning U.S. sanctions against Cuba.
Posted by alongthemalecon at 10:50:00 PM

Lazaro,
It is logical that they'd be united, isn't it?
But critics often claim they are at odds with each other.