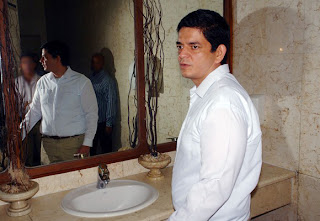 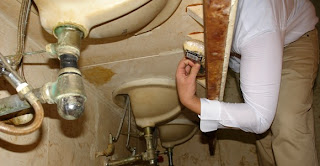 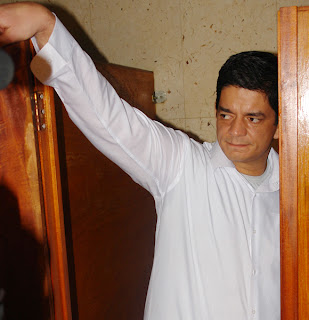 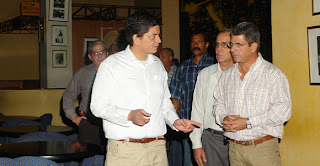 Francisco Chavez Abarca explains how he planted the bomb at the Ache disco at the Melia Cohiba hotel in Havana. Source of photos: CubaDebate
Cuban television last month broadcast the confessions of a Salvadoran man who claimed credit for planting bombs at hotels in Cuba in the 1990s.
Authorities in Venezuela arrested Francisco Chavez Abarca on July 1 and accused him of traveling on a false passport.
The Venezuelans quickly flew Chavez Abarca to Cuba, where he was detained in connection with the 1990s bombing campaign aimed at ruining Cuba's tourist industry.
On Sept. 27, Chavez Abarca appeared on Cuban television and said that anti-Castro militant Luis Posada Carriles hired him to plant bombs in Cuba.
Posada Carriles, 80, is considered a hero to some Cuban exiles who want to see an end to the socialist regime. He lives in South Florida and is scheduled to go to trial in January on immigration fraud and other charges in El Paso.
Chavez Abarca told Cuban television that he placed a plastic explosive known as C-4 in the bathroom of a disco at the Melia Cohiba hotel in Havana. He said he used 800 grams, or about 1.76 pounds.
How Stuff Works says:


A small amount of C-4 packs a pretty big punch. Less than a pound of C-4 could potentially kill several people, and several military issue M112 blocks of C-4, weighing about 1.25 pounds (half a kilogram) each, could potentially demolish a truck.

The bathroom bomb exploded on April 2, 1997. No one was hurt, although a blast at another hotel killed an Italian tourist. 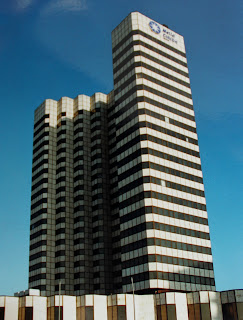 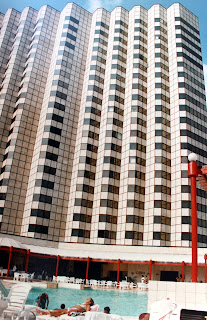 Old photos of the Melia Cohiba
The Melia Cohiba had opened a few years earlier, in 1995. Its disco was called Ache. It was a beautiful, hopping place. I went there a few times and remember it had a steep cover charge: $15.
The bomb must have caused considerable damage because after it happened workers turned the disco into something completely different - the Habana Cafe, which has food, drinks and live music.
Posted by alongthemalecon at 11:52:00 AM