Message to Dodd: At least bring back some mojitos 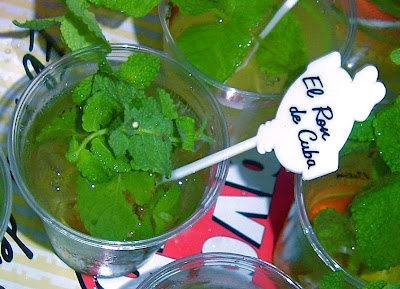 
State Department spokeswoman Virginia Staab told Radio Martí that Dodd 'is on a fact-finding trip consistent with his role as a senator. As we and others have done, we expect the Senator to urge the Cuban government to immediately release Mr. [Alan] Gross.
We're eager to learn what "facts" Senator Dodd finds.

I'm interested in the same, along with what the trip cost and who paid for it. Dodd has accepted $45,972 in privately financed trips since 2000, according to LegiStorm. This includes:
If Dodd's trip to Cuba somehow leads the U.S. and Cuba any closer toward normal relations, then I'd say it's a good use of time and money. If not, it could be just another mojito-laced junket. Only time will tell.


On Dodd's visit to Cuba you wrote: "I wonder if any back-door diplomacy is going on. Dodd could be relaying information about what Barack Obama is willing to do for Cuba in exchange for Gross' release."
May I play the game of imagined scenarios? Here is my contribution -
It is assumed that Cuba should unilaterally take the initiative and "release" Gross and then Havana should cross its fingers and hope real hard that the US government will reciprocate with some symbolic gesture. Yet, there has been NO reciprocity after Cuba has released all the "political" prisoners. In fact, as my friend Saul Landau likes to say, "no good deed goes unpunished" by the Potomac.
Can anyone assure the Cuban authorities that if they release Gross, the powers in Washington, DC will not say: "finally the Cuban government has done the proper thing, to release someone that was unjustly imprisoned"? In other words, not even a thank you note.
Since so-called Cubanologists seems to love the game called "Day-dreaming in Cuban" I will suggest that when the General Assembly of the United Nations discuss the US embargo/blockade the Israel government should ABSTAIN from voting [It will be too much to imagine voting against the US policy]. Then, it will be the US government and Palau [before the high seas swallow it] that will be supporting the unchanging US policy.
THEN, Cuba could reciprocate and release Gross. Thus, the preconditions created by the work of Fidel, Goldberg, Netahyahu and Peres will be done. At that point, the Obama administration will be faced with a very interesting and puzzling situation. In fact, AIPAC (et al) could then take on the Capitol Hill Cubans. And Rick Sanchez - formerly of CNN - could then claim that the unmentionable lobby was behind it all along, again.. Afterall, the strongest faction within the Cuban Communist Party when it was created in 1925 was "hebrew." [Of course, it all needs to happen after the November elections...]
Now, THAT would be a more realistic scenario and a deadly joke worthy of Arthur Miller..