Michelle Obama to Havana? I doubt it 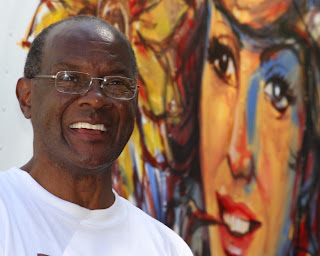 Alberto Jones
Florida activist Alberto Jones sugggests that Michelle Obama - and not Barack Obama - accept Alicia Alonso's recent invitation to attend a ballet festival in Havana.
It would be great if Michelle Obama went to Cuba. I thought it was such a good idea in 2009 that I started a petition drive to try to get something like that going. But that idea went nowhere fast.
Still, Jones wrote that he believes it's "realistic" to think that Michelle Obama might set foot in Cuba.
I applaud the idea, but I'm not holding my breath. This White House has been nothing but timid when it comes to Cuba.


An invitation by prima ballerina Alicia Alonso to President Barack Obama for him to attend the upcoming bi-annual Ballet Festival in Havana, have unleashed a war of words against the White House and threats of political retaliation by the Cuban-American community in south Florida and elsewhere, if Air Force 1 would dare to land in Cuba.

Although this is a near impossible development, ultra-right- wing Cuban-American groups are pulling every strings, pumping thousands of dollars in campaign adds and calling on every anti-Cuba politician to close ranks to avoid this event from happenning, which would be a death sentence for the US embargo/hate/ confrontation policy.

What seems more appropriate and realistic would be, to extend this invitation to First Lady Michelle Obama, who could visit Cuba with a wide range of interest groups in health, education, sports, culture, women, physically challenged, children, elderly etc., which would enable her to construct a full size picture of what Cuba really is.

This information could play a critical role in President Barack Obama upcoming decision, in which he will have to prolong the fifty year status quo of a failed, fosilized, ruinous embargo on Cuba or take the courageous step of relaxing first and reversing later, this abominable measure that is supported by only four countries in the world.