Newspaper asks if bomber is really a double agent 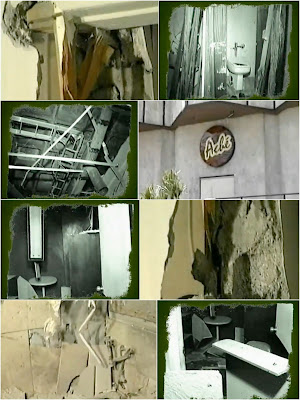 Images taken at the Melia Cohiba's Ache disco after a bomb exploded there in 1997.
Credit: Path of Terror YouTube video
Salvadoran Francisco Chávez Abarca told Cuban authorities that anti-Castro militant Luis Posada Carriles paid him $2,000 for each bomb he planted in Havana. A three-part video series called "Path to Terror" and a Facebook page are aimed at bolstering the Cuban government's argument that right-wing Cuban-American extremist groups planned and carried out the campaign.
The Miami Herald on Sunday published a story questioning the Cuban government account and quoting some sources who speculated that Chávez Abarca could be a double agent.
The Herald said:


Chávez Abarca was imprisoned from 2005 to 2007 for running a Central American car-theft ring. The charges were ultimately dropped, and he was set free. When El Salvador's right-wing Arena party -- long accused of having harbored Posada Carriles -- lost elections last year and a Cuba-friendly government replaced it, Chávez Abarca fled to Guatemala.

``This is a man with a very complicated criminal history of being a delinquent who is being used by Venezuela to accuse and discredit members of the opposition,'' said José A. Colina, a former Venezuelan national guard lieutenant who the Chávez government says is a terrorist. ``I think he is being paid.''

The Herald said Chávez Abarca's "name first came up in the late 1990s, when another Salvadoran arrested for planting bombs in Cuba named him as one of the people behind a series of bomb attacks on Havana hotels."
The Herald quoted Francisco Bertrand Galindo, El Salvador's former minister of security:


He was treated here as a delinquent. I have the perception that he was a double agent. There are too many coincidences in this story.

The Herald story uncovers new material and is worth reading, but it seems preposterous to think that Chávez Abarca is a double agent. At least I am not convinced that he was working for the Cubans. Only time - and the evidence - will lead to the truth.

For now, Cuban officials tell their side of the story in the "Path to Terror" videos. In the first installment, the narrator says that four teen-agers who had been taking part in an international chess tournament found an unexploded Chávez Abarca bomb at the Hotel Comodoro in Havana in early March 1997.
The bomb was in a white plastic bag. The teen-agers "played football" with the bag before opening it and discovering the bomb, the narrator said.
They didn't realize it was a bomb, but were drawn to the calculator attached to wires, a battery and the C-4 explosives. They tore the calculator from the rest of the device, salvaging the only thing that looked useful. It's a miracle they weren't hurt.

After the bombing campaign, the Cuban government began treating hotels as military targets.
Workers removed trash containers from hotel lobbies so that saboteurs would have fewer places to stash bombs. And some hotel employees now have specialized training to ward off future attacks.
Posted by alongthemalecon at 6:37:00 AM