Plans to lay off workers triggers uneasiness in Cuba 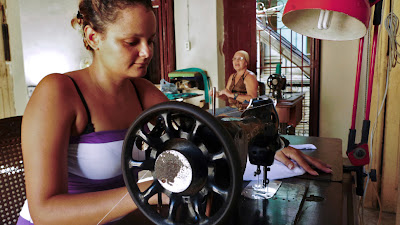 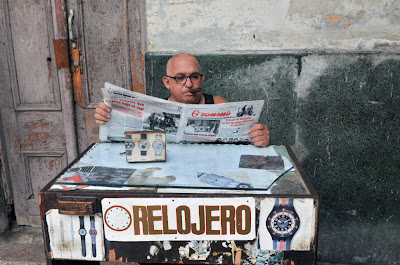 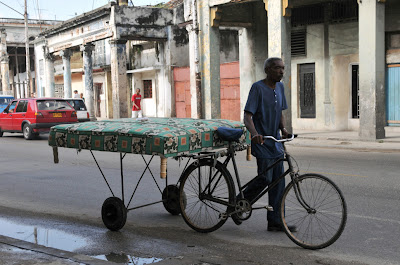 Foreign Policy magazine today published a photo slideshow Cubans working. Samples from the show are above.
The Cuban government's plans to try to streamline the economy and lay off more than a half million workers has triggered praise and some criticism in Cuba. A story in Havana Times reports:


Faced with the crisis of the state-run economic model, the leadership of the Cuban government/party/state has accelerated what it calls this model’s “updating”...
We applaud the fact that actions are being taken to free us from stagnation... However, contrary to the official line, the content, form and order of what has begun demonstrate signs of improvisation, a lack of foresight, the absence of transparency, contempt for revolutionary theory, pressuring and imposition.
Measures are being dictated without society having come to a consensus and without the mediation of any democratic mechanisms. There has been neither a party congress, a conference, a congress of the nation, dialogue with the population, nor open and horizontal debate in the national press.

Way to keep the old eyes peeled. Campos is one of the most interesting "leftist" critics of the government out their and he has been writing things like this for three years or more.

Also, Havana Times seems to really be stepping up to the plate as a forum for real debate and airing of a variety of opinions.

Sis you see that they even ran a long interview of Yoani Sanchez back in late August.

Thanks. There's a ton of stuff going on in Cuba right now. It would be a great time to be there.