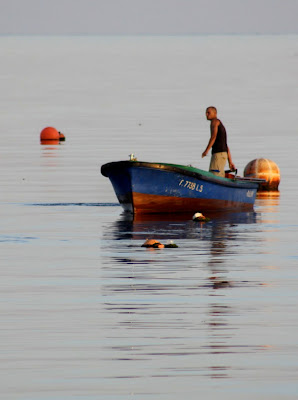 Havana Bay
Jaime Suchlicki, director of the Institute for Cuban and Cuban-American Studies at the University of Miami, is one of America’s foremost Cuba experts.
In 2003, he outlined 21 future scenarios, along with the probability of them taking place within the next two or three years. Among those scenarios:
After I posted these percentages, one reader wrote:


Is it possible to know how he got these forecasts?

Another had a similar reaction, telling me in a message:


How did Jaime Suchlicki arrive at the percentages? Why an 80% chance instead of, say, 77%?
Or, what is the name of the crystal ball store where he bought his predictive powers?
Or, "98% of all statistics are made up. ~Author Unknown"

I confess I don't know how Suchlicki came up with those numbers.
Posted by alongthemalecon at 6:00:00 AM

is possible to know how he got these forecasts?

I don't know where he got those numbers...

thank you. I cant say right now how many forecasts I read about Cubas situation and all them failed. Why? There many reasons but from my view three are the principals.

1] Castros regimen behaviour is very predictable on some points but really uncertain on others.
2]Most of the forecasters left Cuba many years ago and they lost contact with the real Cuba.
3] Usually most of the "cubanologos" used classic techniques that not always are fit to Cuba reality.

If I find it Ill let you know. Thank very much.

Lazaro,
What you say makes sense. It can be difficult to track changes in Cuba from afar. And future scenarios are hard to predict. When people ask me what I think Cuba will be like in five years, I have a hard time answering. The country's future situation depends on so many factors that could change: the state of the economy, the ability of people to communicate and get information, the current Cuban leadership, U.S. strategy and moves, etc.
By the way, I found the Suchlicki predictions here:
http://www.luxner.com/cgi-bin/view_article.cgi?articleID=1078