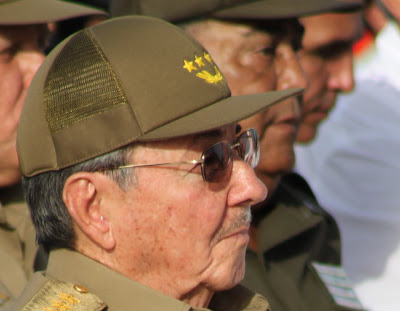 Raul Castro
Julia Sweig wrote a great piece in the New York Times on Oct. 1. Here are key excerpts:
Sweig is a senior fellow at the Council on Foreign Relations. She met with Fidel Castro during a trip to Cuba in September.
Some analysts question whether Cuba's economic system is undergoing "radical" change. They remember that Cuban officials opened up some sectors of the economy in the '90s only to shut them down a few years later.
That's a point worth considering. Cuban officials are making changes to bring in revenue to help keep the government afloat. They are moving ahead cautiously while trying to maintain absolute political control.
Posted by alongthemalecon at 4:13:00 PM