Sen. Dodd: From "10 Most Corrupt" to ambassador? 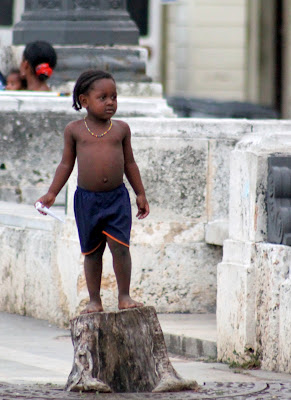 Stump time
Some folks are touting Sen. Christopher Dodd as a top pick for the post of U.S. ambassador in Havana if the United States and Cuba should ever restore relations.
Chris Powell, managing editor of the Journal Inquirer in Dodd's home state, wrote Tuesday:


Dodd is a vigorous 66 and is not ready to retire from public life. He is fluent in Spanish and expert in Latin America. If the United States ever got sensible about Cuba, Dodd might be the best choice as the first U.S. ambassador to Havana in half a century.

I disagree. Dodd has been at the public trough long enough. Let him ride off into the sunset. Don't reward him with an ambassador's post.
In 2008, a conservative non-profit called Judicial Watch named Dodd one of Washington's "Ten Most Corrupt Wanted Politicians." That was for his purportedly "corrupt relationship with Fannie Mae and Freddie Mac and for accepting preferential treatment and loan terms from Countrywide Financial, a scandal which still dogs him."
The Senate Ethics Committee cleared Dodd of wrongdoing in the Countrywide case. But accusations against the senator continued in 2009 as he made the "Ten Most Corrupt" list once again.
Judicial Watch wrote:


In 2009, Judicial Watch filed a Senate ethics complaint against Dodd for undervaluing on his Senate Financial Disclosure forms a property he owns in Ireland. Judicial Watch's complaint forced Dodd to amend the forms. However, press reports suggest the property to this day remains undervalued. Judicial Watch also alleges in the complaint that Dodd obtained a sweetheart deal for the property in exchange for his assistance in obtaining a presidential pardon (during the Clinton administration) and other favors for a long-time friend and business associate. The false financial disclosure forms were part of the cover-up. Dodd remains the head the Senate Banking Committee.

So would this guy really be the best choice for U.S. ambassador in Cuba? I hope not.
Posted by alongthemalecon at 8:52:00 PM