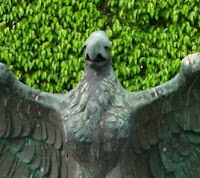 This cable describes a gathering of young pro-democracy activists who met in the backyard of an American diplomat's residence in Havana.
Michael Parmly, then chief of the U.S. Interests Section, wrote that he expected Cuban authorities:


to use state media and mass-based communist organizations to label the youth leaders as USG agents, and mobilize militant thugs and State Security officials to punish them with 'acts of repudiation,' citations, brief detentions, and possibly expulsions from workplaces and universities. We will be working just as intently to encourage actions in the other direction, particularly more/better networking among university students who oppose the regime.

¶1. (C) Summary: An unprecedented opposition youth forum
brought together young Cuban pro-democracy activists and
counterparts from Monterrey, Mexico on November 24 in Havana.
The three-hour-long event, held at the PAO Residence, saw
participants engage in open debate after watching an
inspirational documentary on the fall of Milosevic. Many of
the participants agreed on the need to coordinate the
activities of the country's three biggest opposition youth
groups. They acknowledged that they are much weaker than the
Yugoslav youth groups (especially OTPUR) depicted in the
documentary. Cuban authorities prevented at least 11 young
activists from taking part, but did not interrupt the event
or launch an immediate crackdown against participants.
Retaliatory action could be harsh. End Summary.

¶2. (C) Sixty-three young pro-democracy activists from three
of Cuba's most influential opposition youth groups gathered
in Havana on November 24 for a landmark forum aimed at
finding common ground. The event, held in the back yard of
the PAO Residence, drew members XXXXXXXXXXXX
Also present were young members of other groups from
Bayamo, Camaguey, Ciego de Avila, Havana, Pinar del Rio,
Matanzas, Santa Clara, Santiago and Trinidad. Two young
Mexican pro-democracy activists from Monterrey brought
messages of support. Several USINT officials were also
present. One would-be Cuban participant was detained
and police prevented at least ten others from attending
(mainly by confiscating their ID cards), but the GOC did
not launch an immediate crackdown after the event.

¶3. (C) After brief welcoming remarks by Poloff, the three
youth-group leaders addressed the crowd and then turned the
microphone over to the Mexicans, who spoke passionately about
"solidarity" and the inevitable triumph of democracy in Cuba.
Participants then watched a stirring, 70-minute documentary
on the fall of Yugoslavian dictator Milosevic, which
emphasized the role of youth group OTPOR ("Resistance") in
precipitating change, through rallies, outreach and biting
sarcasm. Among the scenes that resonated most with
participants were those in which the regime labeled OTPOR
activists as "terrorists." (Note: Virtually all of the
viewers have been branded "mercenaries," "terrorists" or
"traitors." End Note.) On the other hand, it was clear to
the Cubans that OTPOR had more room to maneuver in Yugoslavia
and that Cuban groups are far behind in terms of influence
and organizational capacity.

¶4. (C) For the ensuing 90 minutes, participants took turns
addressing the group in an open debate. Topics included the
intense, ongoing harassment of activists, particularly those
in eastern Cuba; horrific prison conditions and attacks by
guards; a project to press the GOC to allow the reopening of
a Catholic university; and the problematic situation of
HIV/AIDS sufferers, thousands of whom are unable to receive
the medicines they require. A common theme at the forum was
the need to coordinate the activities of the key youth
groups, and to network with university groups in a way that
avoids a State Security crackdown.

¶5. (C) The State Security presence around the venue, in
Havana's Miramar district, was heavy, and police patrol cars
passed by the site frequently. Two large vans of the Cuban
telecom, ETECSA, were parked next door. However, the GOC
made no obvious effort to interrupt the event, either through
power cuts or blocked street access. (XXXXXXXXXXXX
and XXXXXXXXXXXX told us November 25 that they
were not aware of any of their groups' participants being
detained after the event.) There was only one incident
involving a possible GOC provocateur. An uninvited
"independent journalist" who showed up and gained entry
after asking a youth-group leader to vouch for him addressed
the group and rejected the messages of the Mexicans and the
documentary, saying "the problems of Mexico and Yugoslavia
are not the
problems of Cuba."

¶6. (C) A centerpiece of the forum was the vertical display of
the "prisoners of conscience" quilt, a paneled work honoring
the 75 peaceful pro-democracy and human rights activists
jailed in the "Black Spring" crackdown of 2003. (Sixty of
the 75 remain behind bars.) The imprisoned activists' names
are embroidered on the quilt, which was created in Boston by
members of the group Cuban Flag. The quilt drew attention
and generated considerable buzz.

¶7. (C) That 63 young "opositores" would travel long
distances, at substantial personal expense and with no
assurance that they would not be subsequently imprisoned,
shows the hunger among some Cuban youth not only for change,
but for action to set that change in motion. As
thought-provoking as the documentary and debate were, the
true success of the November 24 event lay in the networking
that occurred on the sidelines, with small groups of
like-minded young Cubans meeting each other, most for the
first time. The event also went a long way toward building
bridges between the XXXXXXXXXXXX, and
XXXXXXXXXXXX, which have for years suffered from
mutual mistrust and bad blood, some of it personality-driven.
For one evening, at least, the leaders of these groups focused
on their common objectives.

¶8. (C) One key value in the event was that it was a
grass-roots, Cuban-generated activity. It would not have
happened without USINT providing the venue and facilitating
contacts. It is one small but important counterpoint to the
regime's boast that since July 31, all Cubans have been quiet
and accepting of Fidel's "proclama." We anticipate that the
Cuban Government will retaliate harshly, both against the
young dissidents and against USINT, which helped sponsor the
event at their request. The regime will likely use state
media and mass-based communist organizations to label the
youth leaders as USG agents, and mobilize militant thugs and
State Security officials to punish them with "acts of
repudiation," citations, brief detentions, and possibly
expulsions from workplaces and universities. We will be
working just as intently to encourage actions in the other
direction, particularly more/better networking among
university students who oppose the regime.
PARMLY
Posted by alongthemalecon at 11:40:00 AM