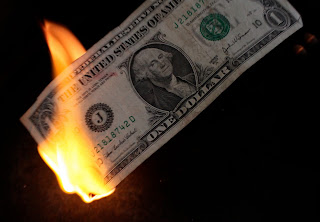 What is the U.S. government accomplishing in Cuba? Promoting democracy? Burning up tax dollars? Or maybe a little of both?
For more than a year, I've been kicking around the idea starting a website aimed at taking a closer look at U.S. government programs in Cuba.
I've wondered what has happened to the hundreds of millions of dollars that the U.S. government has spent over the past 15 years or so. Are we just throwing away money? Or are U.S. officials helping to establish a society where Cubans can enjoy basic freedoms that most people in the Western hemisphere take for granted?
With those questions in mind, I launched the Cuba Money Project website this week. It is an independent investigative journalism project based in Florida. Its mission is to become a leading source of information, analysis and opinion about U.S. government-financed Cuba programs.
Here's how I describe it on the website:


Cuba Money Project strives to remain independent. It does not seek to take sides, undermine the pro-democracy movement in Cuba or endorse socialism.
The project’s goal is to provide factual information that could prove to be useful to a range of people, from American taxpayers curious about what has happened to hundreds of millions of dollars spent on Cuba programs in recent years to Cubans wondering about U.S. government activities on the island.

I welcome your help in making the Cuba Money Project a source of factual information, analysis and opinion.
Posted by alongthemalecon at 11:14:00 AM

Nice! and timely - didn't they spend a million or so to burn "illegal" Cuban cigars in Chicago recently?

maybe they were subversive stogies.

This sounds like an interesting project, congratulations. I look forward to seeing what you all come up with, and making the documents available online to Cuba watchers will be a great service. Best, Roque