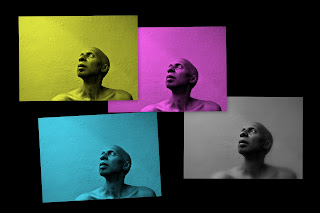 Guillermo Fariñas
The European Parliament today awarded the Sakharov Prize for Freedom of Thought to Cuban independent journalist and dissident Guillermo Fariñas. Spectators at the awards ceremony in Strasbourg, France, watched a video address from Fariñas, who called for Cuban authorities to free all political prisoners and end attacks on the political opposition, the Associated Press reported.

Before the ceremony, prize officials said:


Unfortunately the Cuban authorities barred him from attending and his place was taken symbolically by an empty Chair. Nevertheless we were able to speak to him by phone from Cuban where he affirmed his determination to resist the Cuban regime.

The presentation of the award is aimed at coinciding with the anniversary of the UN Universal Declaration of Human Rights, which was signed Dec. 10, 1948.
The human rights award is named after Andrei Sakharov, a Soviet scientist who was repressed in the Soviet Union for his opposition to his country's nuclear program.
Fariñas has carried out 23 hunger strikes in recent years in opposition to the Cuban governemnt. He nearly died during his most recent protest, aimed at pressuring the government to free political prisoners. His willingness to sacrifice himself turned him into a symbol for many government foes, who credit Fariñas with helping to persuade authorities into releasing dozens of political prisoners.

Below is an interview prize officials conducted with Fariñas on Monday:


How do you feel about being awarded the Sakharov Prize and following in the footsteps of Nelson Mandela and Aung San Suu Kyi?

I feel very committed, especially about my country and my fatherland. I feel a great responsibility in receiving this prize.

Why did you choose the hunger strike as a tool of protest?

I turn to this method only if I have no other choice, because my health has deteriorated badly. I have a thrombosis on the left side of my body, so if I am forced to go on hunger strike, I will have little chance of surviving. Nevertheless if the regime's repression brings me to an unbearable situation, it doesn't leave me much choice but to die with the most dignity possible.

Do you think the EU should change its policy towards Cuba?

No, but I believe that the EU should toughen its policy. In particular, it should maintain its common position and not negotiate with a government that has already betrayed it. Remember that in the past it made commitments to the EU, before it received economic help from Venezuela, and began to improve human rights.

Then, just as Chavez's regime emerged, the Cuban government left negotiations with the EU and held to its autocratic position. I think that the EU should not fall into the same trap again and listen to the siren song of the Cuban government that they need time to change, but look for a series of objectives and say: "if you don't keep your promises, we will not negotiate with you".

You are the third Cuban to receive the Sakharov Prize in the past eight years. Do you think the previous awards changed the political situation in Cuba?

I think so. I believe that in the case of Oswaldo Payá, it forced the government to acknowledge that they did not respect their own laws or the Constitution. It was very important because, until that moment, this had never happened publicly. This showed the world that the Cuban government does not even obey its own laws, not to mention international law.

Regarding the other winner, "Ladies in White", the situation changed because after the wave of repression in 2003, the dissident movement was paralysed, especially the peaceful actions taking place in the street, so the Ladies in White established a pattern with their pain. Therefore, I think those were very important awards because they revived and reactivated the opposition movement, which with one blow, in three days, had been reduced to immobility. Ladies in White laid the foundation so that despite the injustices, despite threats, despite the exiles, people were no longer afraid.

What does the Sakharov Prize mean for you?

The main significance of this award is that for the first time the Cuban government, despite its manoeuvres to get the support of the Spanish government - and to some extent - the Holy See, was forced to cede on a humanitarian basis to internal factors, something that had never occurred before. The government always tries to show that its conflicts do not have anything to do with its own people, but with other countries or blocs. In this case, the imminence of my own death, and the international condemnation of Orlando Zapata's death, put the government in a very difficult position. Then, a fairly credible mediator such as the Catholic Church had to come and try to soften the discredit towards the Cuban state.

Why did you reject the option of exile in Spain?

I won't go to Spain or anywhere else. I do not aspire to be exiled under any circumstances. I respect all my brothers who decide to follow this path, but I believe that we have to battle here. God willing, I will stay alive; God willing, I will not be killed by the minions of the Castro dictatorship. But I think we have to battle here, since - speaking in military terms - the main hub is here, in Cuba.

There was an empty seat in the Nobel Peace Prize ceremony and now for the Sakharov Prize. How do you rate this?

We agree on having an empty chair, but that seat should bear a Cuban flag. I would like to send a message to all EU citizens who are represented in the EP: never stop watching and caring about the Cuban situation, because each day there are more signs of social explosion, even between Cubans who are not formally involved with the opposition movements. At any time, the Cuban government, made arrogant by 52 years of absolutism, is capable of slaughtering my compatriots and the EP and those it represents must stand ready to condemn and take action.

Tema1 - thanks for your comments. Tracey