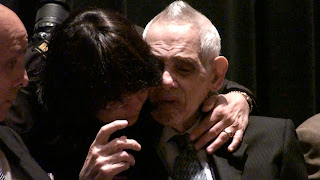 A family member - his daughter Karen? - comforts Orlando Bosch
Orlando Bosch, 84, was emotional at times during the Dec. 9 presentation of his memoirs in Miami. Friends and family members comforted him as his supporters recalled sacrifices he made during his fight - unsuccessful, so far - to push Fidel Castro from power. 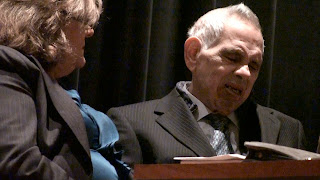 Nancy Perez Crespo patted Bosch on the back at a moment when he appeared emotional.
Perez Crespo is the editorial director of Bosch's memoirs, entitled "Los años que he vivido" - or, "The years I have lived." 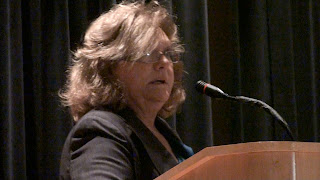 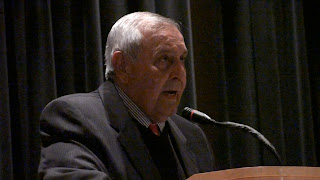 Guillermo Novo called Bosch a "giant" among heroes who has fought for Cuba's freedom. 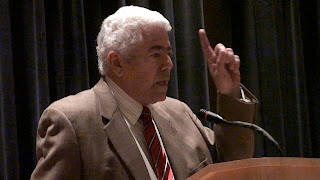 Angel De Fana said, "It's impossible to know Orlando Bosch and not love him." 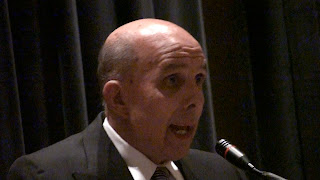 Alberto Hernandez said Bosch is "one of those Cubans who has given everything - though not yet his life - for his homeland." 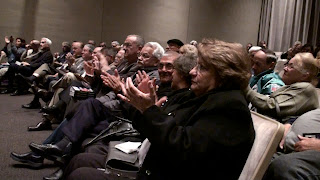 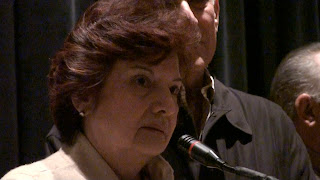 Adriana Delgado Sepulveda said she did her best to be a good wife to Bosch. 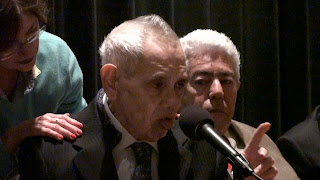 Bosch spoke for less than five minutes and recalled his days as a student leader in the 1940s. 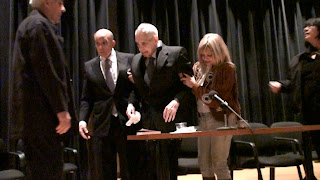 After the presentation, family and friends helped Bosch from the stage. 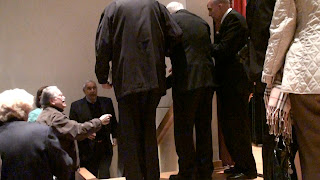