Interpol issues warrant for Assange. Could he wind up in Cuba? 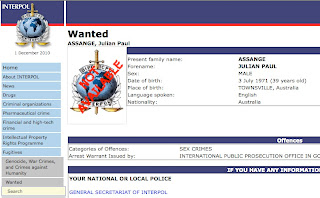 I hope Interpol officers' investigative skills are better than their ability to find a photo of Assange among the hundreds that are posted on the Internet.
Interpol has issued an arrest warrant for Julian Assange, the founder of Wikileaks. The warrant is for alleged sexual offenses, not the massive dump of more than a quarter million U.S. diplomatic cables.
Authorities in Sweden accuse Assange, 39, of sexual assault. Assange denies the charges, saying "he had consensual sex with two WikiLeaks volunteers," AOL reports.
Assange's whereabouts are unknown. U.S. officials want him charged with espionage and other crimes. As he eludes authorities, Assange has got to be wondering how this is all going to end and where he will live until he is apprehended - and I believe he will be caught eventually.
Philip Agee, another man who leaked classified secrets, wound up in Cuba when he had nowhere else to go. But Agee's case was different. He was a former CIA officer who said he betrayed the U.S. government for ideological reasons. He opposed U.S. policy in Latin America and felt at home in socialist Cuba.
Assange may have a harder time finding a country of refuge because he's angering not only American officials, but the people of many other nations.
Cuban officials will find value in some of the diplomatic cables that Assange leaks, but other documents will cause irritation. So I doubt Cuban officials would offer refuge to Assange, particularly if they hold out hope of someday having improved relations with the United States. 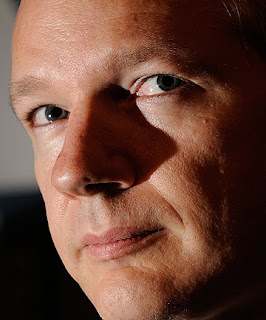 Julian Assange. Photo credit: AFP
Posted by alongthemalecon at 7:09:00 AM

The "sexual assault" seems a bit of a str4tch (from all indications, the woman Assange was having sex with complained when his condom broke, but he wasn't in a position to stop his... uh... "wiki-leak".

That said, I've not seen any evidence that he is looking for asylum, although ECUADOR, not Cuba has raised the possibility. For that matter, I'm not sure the threats from the United States are to be taken all that seriously, since it's doubtful he could be prosecuted for anything he's done as a publisher. POSSIBLY, the leaker himself, PFC Bradley Manning could be charged in a military court, but not Assange.

Besides which, Cuba has crappy internet service. I'm not sure how you came up with this scenario in the first place, but it makes no sense whatsoever.

Mexfiles,
Thanks for your comment. I wondered about the sexual assault charge. Thanks for providing some context.
I agree with you that it wouldn't make a great deal of sense for Assange to seek refuge in Cuba, especially if you take Internet service into account.
How do you think this will wind up? Do you believe Assange is going to be able to live freely somewhere?