JLo's ex-hubby is peddling racy video of their Cuba vacation 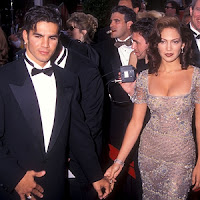 Now for something really important, did JLo take a risqué scooter ride in Cuba in the '90s? Her first husband, a Cuban named Ojani Noa, is at left in a 1997 NY Post photo. Long since divorced, he evidently plans to reveal home video of their vacation in Cuba. Geez, that's pretty low.
SheKnows Entertainment:


JLo is riding a scooter in public in Cuba, while talking to the camera and numerous by-standers, with her privates in as plain view as Paris Hilton, Britney Spears and Lindsay Lohan have in the past. This is among other nudity on her part in the now 21 hours of home movies, that we have so far recovered. 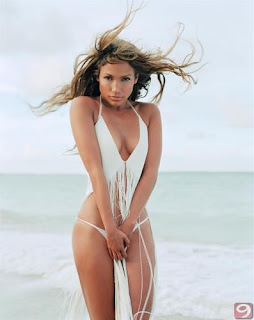 This photo is from a blog that has something like 90 million-zillion JLo photos.
Posted by alongthemalecon at 6:37:00 AM