Orlando Bosch: Guns in the garage 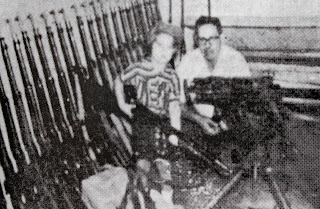 Orlando Bosch and his daughter, Vivian, pose in their garage in Miami in 1958. Bosch's book says he helped supply the weapons to Camilo Cienfuegos during the Cuban Revolution.
When Orlando Bosch was working on his memoirs, he said he wanted to make sure to include plenty of photos. A longtime friend, Angel De Fana, quoted Bosch as saying:

Bosch followed through, adding more than 150 pages of photos to his memoirs. I am reproducing some of them here. De Fana said it was difficult and time-consuming to track down many of the photos. Some of the pictures came from Bohemia magazines of the 1940s and '50s, he said. Others are family photos. 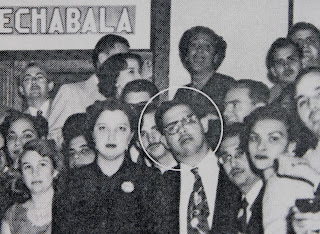 Photo taken at Bosch's graduation party after finishing medical school in Havana. He is pictured with his first wife, Myriam Ares. 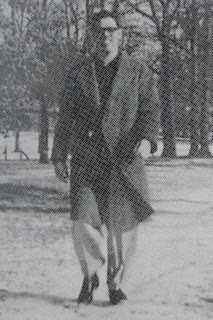 Orlando Bosch in Toledo, Ohio, where he did his medical residency. He traveled to Ohio the day after graduating from medical school in Havana. 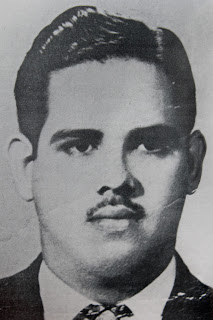 Orlando Bosch's passport photo used when he traveled to Ohio. 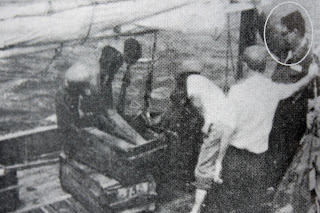 Bosch with fishermen who hid weapons in foul-smelling shark meat. 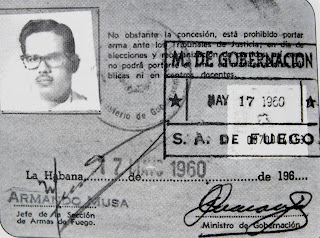 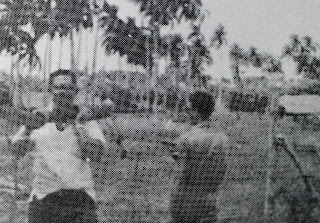 Bosch with a first delivery of weapons that were delivered to fighters who opposed Fidel Castro shortly after the triumph of the 1959 revolution. 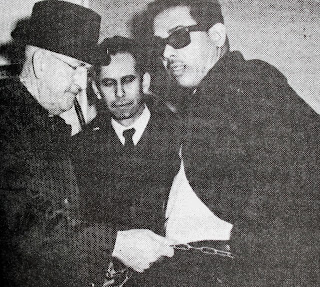 An FBI agent secures a chain and handcuffs to Bosch after his arrest in Hartford, Conn. 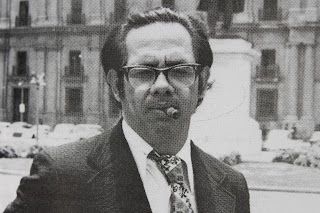 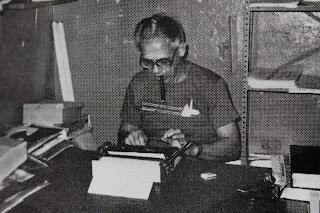 Bosch at a typewriter in his jail cell at La Planta in Caracas, Venezuela. 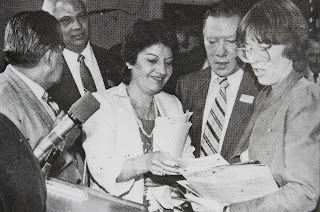 Bosch's second - and current - wife, Adriana, at the White House meeting with an assistant to then-President Ronald Reagan. 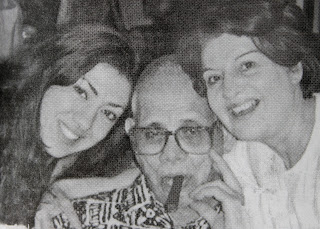 Bosch with Adriana and their daughter, Karen.
Additional coverage of Orlando Bosch memoirs: