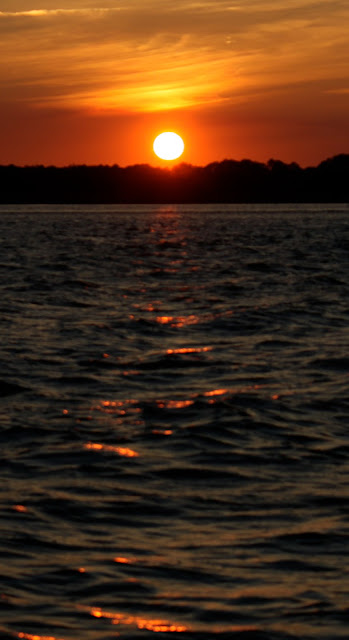 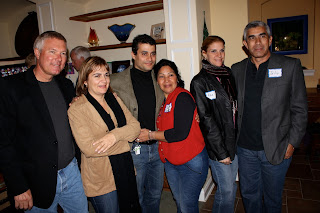 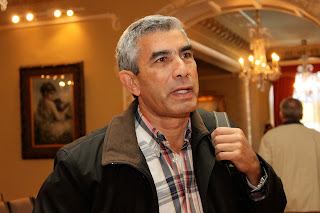 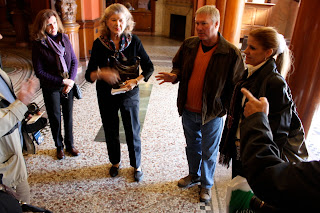 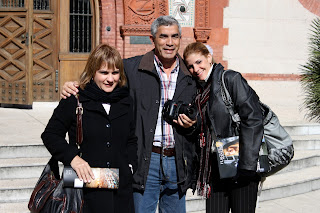 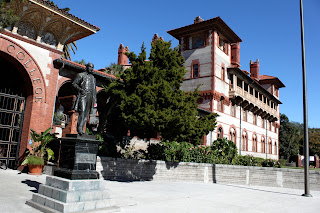 Flagler College, where students are taking final exams this week 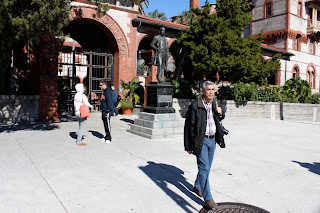 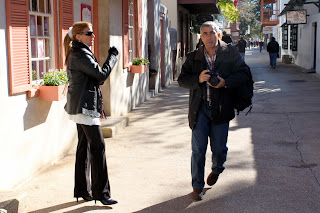 Julio Larramendi took photos in St. Augustine's historic district.
Cuban photographer Julio Larramendi plans to show his work tonight at Flagler College in St. Augustine. He is visiting Florida along with Ana Lourdes Soto, director of a Havana organization called Heritage, Community and Environment, and Magda Resik, communication director for Havana's Office of the Historian, headed by Eusebio Leal.
The St. Augustine-Baracoa Friendship Association and Flagler College are hosting the Cubans' visit.
The visitors attended a party in their honor Sunday in Vilano Beach. The sun went down just as guests began to arrive.
Today Larramendi and the other twos got acquainted with St. Augustine. Their guides included former St. Augustine Mayor Len Weeks.
The Cubans had planned to visit in October, but their visas did not come through in time. Tonight's event is set for 7 p.m. in the Flagler Room of Ponce Hall.
Posted by alongthemalecon at 4:02:00 PM