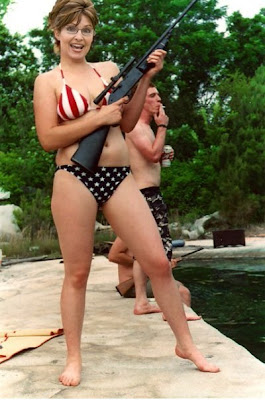 Sarah Palin?
A photo posted today on Yohandry's Weblog, a pro-Castro blog, caught my eye. It's a candid shot of a bikini-clad Sarah Palin - or so it seems. And Yohandry Fontana writes that it has gotten more hits than any other image on his blog.
But the photo looked peculiar to me, so I enlarged it in Photoshop to take a closer look.
Notice the lack of shadows around Palin's eyes and under her chin, which contrasts sharply with the dark areas below the subject's elbows and below her gun. The neck appears too narrow for the body. And the head doesn't quite have the right proportions, either.
It looks like a fake.
So I did some Googling and found that all this is old news. Right Wing News reported in September 2008 that the photo is evidently not Sarah Palin, and some enterprising soul tracked down the original image of a woman holding the gun.
Compare the faces below and see if you agree. 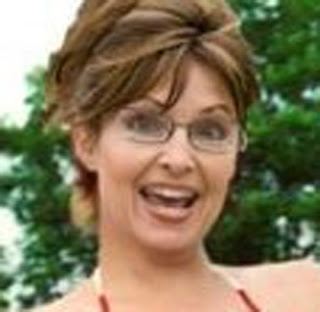 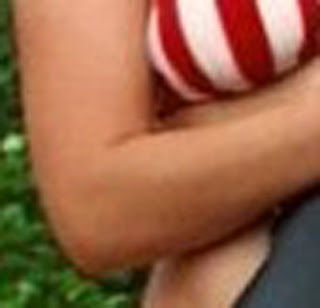 If the photo were genuine, shadows like these below the woman's arm ought to appear around Palin's eyes. But they don't. 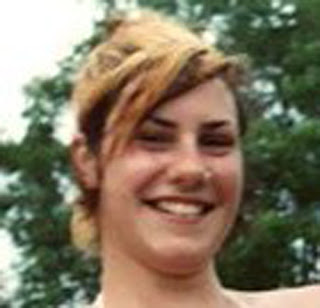 Check out the real photo, however, and the shadows appear. 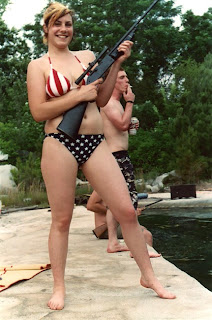