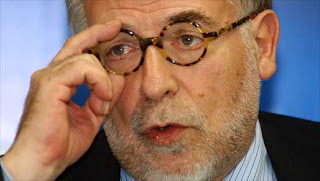 U.S. government relations with Cuba are intimately tied to America's chances of improving relations with other nations in the Americas, a senior policy adviser to the president of Brazil told U.S. Ambassador Clifford Sobel.


The Ambassador asked how central discussion of Cuba would be, in Garcia's view, to establishing relations with the region. "You can't talk about Latin America," he responded, "without talking about Cuba." It has become a "sign" for the region. Garcia urged a "strong" U.S. overture to Cuba "without conditions," such as removing the embargo. It would be, he said, a small price to pay for a large gain. On the one hand, he said, the Cubans would be astounded and embarrassed, and the United States would gain the moral high ground. On the other, he stressed that, on the basis of his long relationship with Cuba and knowledge of Cuban history, he was certain the Cubans would never agree to a proposal that had explicit conditions attached. The Ambassador asked if Raul Castro's proposal for a prisoner exchange, made during his December 18 visit to Brasilia, was the Cubans' own idea. Garcia said his impression was that it was Raul's idea, that is was spontaneous and had not been vetted inHavana. "Raul is a military man," Garcia said. "He understands the correlation of forces."

The full text of the cable is below.

¶1. (C) Summary: In a January 21 meeting, Brazilian Presidential Senior Foreign Policy Advisor Marco Aurelio Garcia told Ambassador Sobel that the GOB is very optimistic about relations with the Obama Administration. He stressed that President Lula is eager to meet President Obama. Energy, climate change, and addressing the regional effects of the economic crisis are all potential areas for Brazil-U.S. cooperation in Garcia's view, but trade is not. Describing U.S. relations with Latin America and the Caribbean as "complicated," he cautioned that good regional relations would depend on a more collaborative style from the USG and, in particular, on an opening by the U.S. Administration toward Cuba. Garcia thought energy would be the most promising area for cooperation at the upcoming Summit of the Americas. He dismissed the Organization of American States (OAS) as largely irrelevant to solving the region's problems. End summary.

¶2. (C) Garcia opened by saying how pleased he was that both Ambassador Sobel and WHA A/S Tom Shannon are staying on. "This ensures good relations with the United States," he said, adding that relations had been excellent with the previous U.S. Administration because President Lula and President Bush "knew how to respect each other even when they disagreed." Relations with the United States, he said, "are fundamental" for Brazil, and the GOB wants to maintain and increase the good relations built during the Bush Administration. Lula is not always the most diplomatic in the way he speaks, he said, but he has a great fondness for President Obama, and this has been enhanced by his sense that President Obama's views toward collective security, multilateralism, and the ways to address the economic crisis "coincide with ours." Although personal relations with President Bush were always "warm and personal," Lula is now "very optimistic."

¶3. (C) The Ambassador asked where Garcia saw possibilities for cooperation, particularly with the Summit of the Americas coming up in April. Garcia said that energy is a natural basis for cooperation and should be deepened. He also said that Lula is committed to helping the smaller and poorer countries of the region withstand the economic downturn, explaining that they are especially vulnerable because they are dependent on the U.S. economy, U.S. remittances, or oil (which, he added, is the key to Venezuelan President Chavez's success). He suggested that one possibility for cooperation in this area would be to expand our "triangular" cooperation on biofuels, in which the United States provides capital, Brazil and the United States provide technical expertise, and recipient countries provide the labor and land to develop their own biofuel production. On climate change, Garcia said that an early discussion between the United States and Brazil "could change the world."

¶4. (C) On the political side, Garcia began, "the two presidents will need to speak frankly." Relations between the United States and Latin America are not easy, he said, and are as complicated with U.S. friends in the region as they are with those countries hostile to the United States. With regard to complications with U.S. friends, Garcia mentioned Colombia with a knowing nod, but without providing any details. (Note: GOB officials are cultivating relations with Colombia in advance of an upcoming visit by President Uribe to Brazil. End note.) He then cited Mexico, highlighting the surprise announcement made by President Calderon at the December summit of Latin American and Caribbean countries in Bahia, Brazil, at which Calderon

proposed a LAC regional organization (reftels A, C). On the "hostile" side, Garcia said that Bolivia's Morales wants to "re-establish" relations with the United States after the January 25 referendum, and that Brazil wants to help him do that. Venezuela's Chavez, likewise, will be ready to engage after the February 15 vote. "Until then," he counseled, "silence is best" on the part of the United States.

¶5. (C) With regard to cooperation specifically aimed at the Summit of the Americas, Garcia cautioned that Brazil "can't appear to be a country that wants to be the leader in the region." (Comment: This is an odd assertion in the wake of the Bahia summits (reftels), which have been widely interpreted as a not so subtle attempt to do just that. End comment.) Garcia thought energy held out the greatest hope as an issue around which the hemisphere could agree, but added that it will be difficult because each country faces different conditions and problems. The most important thing for the United States, he said, will be to change the method and approach of engagement with the region, toward a more collaborative and consultative style.

¶6. (C) The Ambassador asked about the possibility of addressing trade at a regional level. Garcia responded that it is hard to ponder trade issues outside of Doha, as other initiatives all have serious problems. The Ambassador asked about trade facilitation measures. Garcia said that if the United States had proposals, the region would listen, but was clearly doubtful; he lamented that the last effort to conclude Doha had failed, and expressed frustration that, in the view of the GOB, the United States had thrown up the final road blocks.

¶7. (C) Noting that Brazil is taking on the rotating presidency of the OAS, the Ambassador asked how Garcia viewed the possibility for initiatives in that forum and prospects for its renewal. Garcia responded that the there is "enormous doubt" in the region about the possibilities for having a real "hemispheric policy." The relations are always asymmetric, he said, adding that, "When I was young, the OAS was known as the 'Ministry of U.S. Colonies,'" although, he conceded, "this has changed a little bit." Garcia said that the OAS has proved ineffective in addressing regional crises, citing the Ecuador-Colombia dispute and Bolivia's internal crisis which, he said, had been resolved outside the OAS, by a few South American countries and by UNASUL, respectively. (When the Ambassador noted that the United States had purposefully not inserted itself in these instances, Garcia remarked that "some of our best soccer players are those who can contribute to the team without ever touching the ball." Brazil will continue to participate in the OAS, Garcia said. But, citing American "25th hour" support for SYG Insulza as an error, he stressed that change in the OAS will depend on a change in U.S. policy toward the region, and toward Cuba in particular.

¶8. (C) The Ambassador asked how central discussion of Cuba would be, in Garcia's view, to establishing relations with the region. "You can't talk about Latin America," he responded, "without talking about Cuba." It has become a "sign" for the region. Garcia urged a "strong" U.S. overture to Cuba "without conditions," such as removing the embargo. It would be, he said, a small price to pay for a large gain. On the one hand, he said, the Cubans would be astounded and embarrassed, and the United States would gain the moral high ground. On the other, he stressed that, on the basis of his long relationship with Cuba and knowledge of Cuban history, he was certain the Cubans would never agree to a proposal that had explicit conditions attached. The Ambassador asked if Raul Castro's proposal for a prisoner exchange, made during his December 18 visit to Brasilia, was the Cubans' own idea. Garcia said his impression was that it was Raul's idea, that is was spontaneous and had not been vetted in

Havana. "Raul is a military man," Garcia said. "He understands the correlation of forces."

¶9. (C) The Ambassador raised difficulties that had just cropped up getting Brazilian visas for DEA agents in Bolivia to move from La Paz to Brazil (see septel). Garcia knew nothing of the issue, but used it to make a "general comment" regarding U.S. policy in the region. The United States, he said, has a longstanding resistance to foreign and multilateral interference in its policies. For example, President Bush had told Garcia how difficult it was for the United States--and not just the Bush Administration--to deal with the United Nations. This creates difficulties for both the United States and Brazil, because it limits the way cooperation can take place. There are many areas where we all share interests. Bolivia wants to stem the drug problem because if they don't, cartels will threaten Morales (just look at the problems Mexico is having, he added). But "there are ways and there are ways," he said, suggesting that DEA, and the United States more broadly, are too heavy-handed and need to be more consultative in our approach. "I'm not a diplomat,though" he joked, "just an old leftist who has been placed at the President's side."

¶10. (C) As the meeting ended, Garcia made a point of saying that President Lula is greatly interested in meeting President Obama as soon as possible, whether at the bilateral CEO Forum in New York in March, the G-20 meeting in London in April, or the mid-April Summit of the Americas. President Obama would be welcome in Brazil, a visit which would be seen as "a great success and signal" for the region.

¶11. (C) Comment: Garcia, who is Lula's closest foreign policy advisor, was remarkably frank and expansive in this discussion, sensing perhaps an opportunity to have an early influence on the new U.S. Administration. Garcia is no friend of the United States or U.S. foreign policy; Lula's emphasis on South-South relations over those with the United States and Europe is largely his brainchild. But unlike some other senior GOB officials, Garcia has adopted Lula's pragmatic approach to foreign policy. He values the close relationship Brazil has cultivated with the United States and enjoys comparing notes and working collaboratively with us on regional issues, which are generally his domain. Garcia's care to note Lula's affinity for President Obama and his interest in an early meeting echoes similar statements by Lula's chief of staff, Gilberto Carvalho, Strategic Planning Minister Roberto Mangabeira Unger, and other senior GOB officials. At the same time, in a regional context, GOB officials including Garcia continue to view relations with the United States through a "spheres of influence" prism. This makes them wary of working through the OAS or the SOA, and will likely make it challenging to work with them in defining concrete proposals for the hemisphere.

SOBEL
Posted by alongthemalecon at 5:52:00 PM

Great line up. We will be linking to this great article on our site. Keep up the good writing.