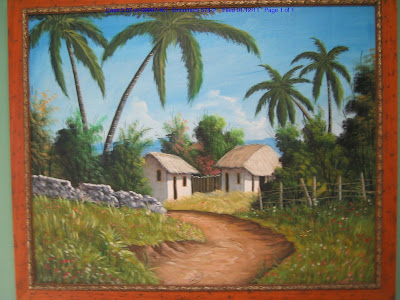 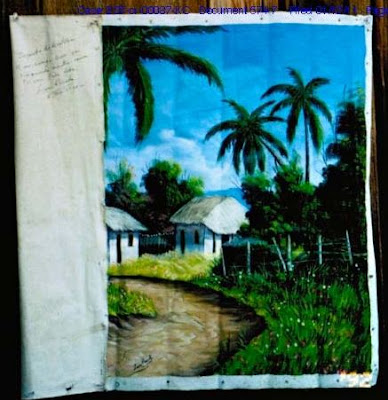 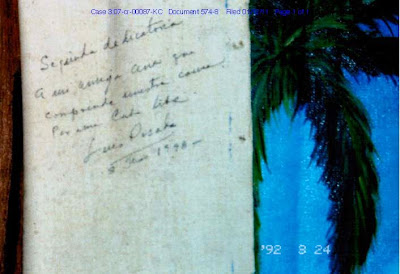 
To my friend Ana, who understands our cause for a free Cuba. Luis Posada. 8 June 1998.

On Jan. 10, the U.S. government served a subpoena on Bardach:


requiring her to produce, among other things, “physical objects given to you by Mr. Posada.” The subpoena does not specifically identify the painting as an object that she is required to produce, but counsel for the United States, Timothy J. Reardon, III, has advised counsel for Ms. Bardach that his intention in issuing the subpoena was to require her to bring the painting to trial.

Bardach's lawyer, Thomas Julin, wrote on Wednesday that Bardach ought to be able to submit photos of the painting so that she does not have to transport it from her home in California to the courtroom in El Paso, Texas. Julin's motion read: