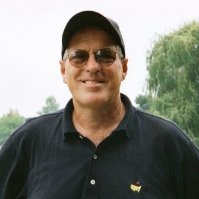 Bruce Nierenberg, a senior executive in the cruise industry for more than three decades, (download biography) hasn't been to Cuba since 1979 when Jimmy Carter was president.
"We were invited to come down to look at putting a cruise ship in there that would have sailed from Miami. Shortly thereafter, the administration changed and things got conservative again."
Nierenberg said he believes it's time to try again to revive ferry service from Florida to Cuba. It would give Cuban-Americans a cheaper way to travel to the island to visit their families, he said.
He is founder, president and chief executive officer of SeaBridge Ferry Services Inc. in Davenport, Fla. His company is one of several that have requested permission from the U.S. government to transport licensed travelers to and from Cuba.
I interviewed Nierenberg for a story that expected to appear in the next issue of CubaNews, a Miami-based subscription-only publication that is edited by Larry Luxner. I'm posting here parts of the interview that were not included in the story.
Nierenberg said he hoped Obama administration officials would approve ferry service on Jan. 14 when they announced a loosening of some travel restrictions.
Instead, officials announced they were allow dozens of airports to offer charter flights to the island.

Nierenberg said he doesn't understand why they said nothing of ferry operations.
"The ferry would have been...very productive for the population of South Florida, especially the Cuban-American community, the largest in the U.S. To not include ferry service and then add 100 airports, I didn't understand it. If you're a Cuban living in Hialeah, it doesn't help you that there's a flight from Detroit."
Still, he is optimistic. Ferry service has not been rejected, he said. Officials simply haven't announced any decision.
"Things appear to be changing. I agree that we need to tread carefully and wisely as a country as we modify travel policies to Cuba. I'm impressed with the progress that has been made by the Obama administration in making these new policies work. It's a process."
While Obama administration officials consider their options, tourism to Cuba is growing. Such countries as Italy, Spain, Mexico and Canada send thousands of tourists to the island every month. Nierenberg said Cuba has "more foreign arrivals than any other country in the Caribbean except for the Dominican Republic, and that's without any basic tourism market from the U.S."
He said tourism to Cuba will continue to rise and believes that ferry service would make it cheaper and easier for Cuban-Americans to visit their relatives on the island.
He said cruise cabins would cost around $300 per person. Additional passengers in the cabin - children, for instance - would cost about $150 each.
"A ferry would really bring the cost down for the travel of the typical Cuban family. Of course, you don't have to be a family. If four Cuban-American or two couples want to get together and share a cabin and save the money, they get the benefit of the lower price, too.
"Passengers would not have to buy a cabin if they didn’t want that. They could opt for airline recliner-style seats for about $150 each. And they’d be able to be able to watch movies, sports and other programming for all age groups.
“All the food is included - breakfast, dinner and late-night snacks - and all movies, shows and entertainment. The only thing our guest would pay out of pocket would be their beverages, and anything they want to purchase in the onboard shop."
He said ferry passenger's costs will include "the same taxes that are charged to the consumer when they go on a charter airplane. Whether it's a U.S. tax or an airport tax, or Cuban taxes and fees, we expect that everybody will pay these taxes and fees no matter what form of transportation you choose."
Cuban-Americans expressed strong interest in ferry travel during focus groups that the company organized.
"They said a ship would give them the chance of grouping people together to bring grandparents and aunts and uncles and cousins - almost like a little family group - that wouldn't be able to afford to go if they were flying. And of course when you think about humanitarian travel, that's sort of the spirit of what it's all about anyway."
During the focus group meetings, “We also got confirmation that a lot of people don't like to fly to begin with. The ferry service would give those who don't like to fly a chance to make the trip.”
Ferry service would also make it more economical for passengers to bring gifts and supplies to their relatives.
Most Cuban-Americans “take a lot of clothing, linens and medicines, electronics, all from lists of things allowed by the U.S. government. It gets expensive for them to take these things on the charter airplane because they charge them significant fees for excess baggage based not only on how many bags but also by how much they weigh, including carry-on.”
Excess baggage is a big part of the cost of travel to Cuba for people who take charter planes.
"It’s kind of sad when you consider the good purpose behind bringing the goods on the trip,” Nierenberg said.
“A ferry would turn the hassle of bringing things with you at a high price on the charter planes into a positive experience allowing for people to bring basically as much stuff as they want with them, at a very low cost. This alone would make the ferry very popular. Travelers could even take such bigger, heavier items as refrigerators as long as the item is on the approved list.
"The ships have huge open decks, that usually carry cars and trailers, up to 600 cars at one time, but since we won't be carrying anything but passengers we will use this space for our guests to take all their stuff with them. We will have more than enough room to take whatever they want."
Nierenberg said he is looking into a service for ferry guests “where we help them put together their shopping lists of all the things they would like to buy and take with them for friends and relatives in Cuba. We would take their orders, package everything for them and have it delivered to the ship, and at additional savings. That would be another cost reduction for the ferry passenger.”

Nierenberg said his company submitted its application to the U.S. government during the fall of 2009.
"There are several other companies that have also put applications in," he said.
In a document submitted to the United Nations, Cuban authorities have said they would like to see ferry service from the United States.
"They're on record as being in favor of it. In Cuba they've said that they just have to wait for the United States to make the move."
Nierenberg said he has worked throughout the Caribbean and believes his company would be successful in running a Florida-Cuba ferry.
"I started the first regular scheduled year-round cruises into Ocho Rios, Jamaica; Cozumel Mexico; and Grand Cayman in 1975. That has become and still is the most popular one-week cruise in the world. Then I started the ‘Bahamarama cruises’ to the Bahamas’ out islands in 1977 and it caused an explosion in the short-cruise market from Florida.”
Nierenberg said he learned a lot about starting new services from those experiences.
"I found that it was very important to the governments of the countries we visited that you're sensitive to local infrastructure, that you understand facility requirements. It's not just a fast-buck thing. It's something that you should be in for the long haul, and be willing to have conservative results in the beginning while things get sorted out, and make sure it's done properly. If you don't take that approach, I think you'd be making a mistake."
Posted by alongthemalecon at 6:26:00 AM

Bruce Nierenberg is a forward thinker and a trailblazer in the cruise industry. I think he has a wonderful idea and wish him the very best of luck!