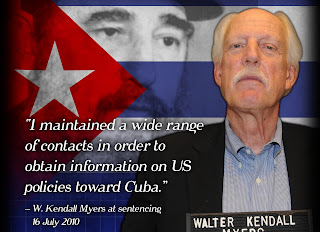 Credit: ONCIX
El Nuevo Herald today published an interesting story highlighting U.S. government efforts to raise awareness of its campaign to pursue spies in the United States.
As part of the campaign, the Office of the National Counterintelligence Executive, or ONCIX, has produced a series of posters showing some of the high-profile spies who have been captured.
Among the spies are Ana Belén Montes, who worked for the Defense Intelligence Agency, and Walter Kendall Myers, a former State Department official, shown above.
The ONCIX website also includes a 1,349-page history of counterintelligence in the United States that provides detailed background on espionage in the U.S. The material is organized in four volumes. I separated a few samples for easy downloading:
See below for more ONCIX posters: 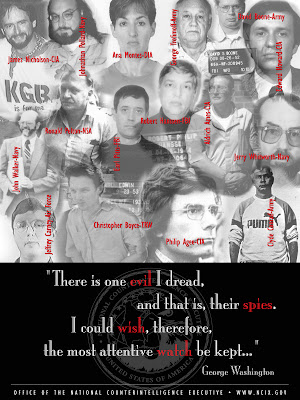 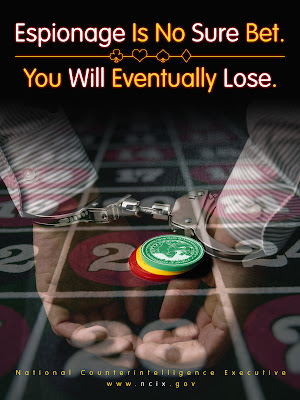 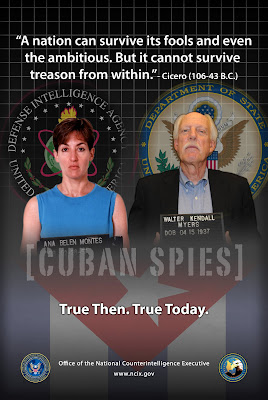 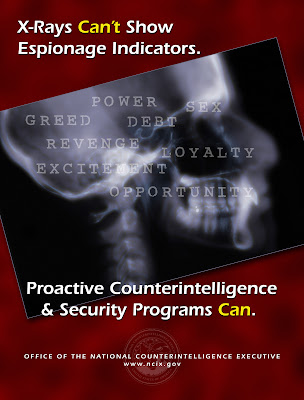 Email ThisBlogThis!Share to TwitterShare to FacebookShare to Pinterest
Labels: along the malecon blog, oncix, spies