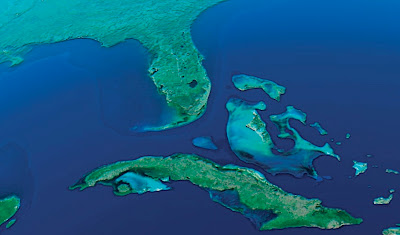 As Cuba extends its search for oil to the Gulf of Mexico, U.S. prohibitions on doing business with Cuba "pose needless risks to our national interest," the Center for Democracy in the Americas said Thursday in a new report (Download PDF).
The Washington, D.C.-based center said:


With Cuba and its foreign partners preparing to drill for oil in the Gulf of Mexico, the U.S. embargo prohibits American companies from joining Cuba in efforts to extract offshore resources, denies Cuba access to U.S. equipment for drilling and environmental protection, ties the U.S. government’s hands leaving it unable to plan adequately for a potential spill, and puts our coastal assets at great peril.

In 2010, the center led a delegation of energy and environmental experts on a visit to the island. The center's director, Sarah Stephens, said in a statement:


While finding oil in commercially viable amounts will be transformative for Cuba in the coming years, the challenges facing the U.S. begin as soon as the first drill bit penetrates the sea bed in the Gulf. After living through the BP spill, we can’t maintain the illusion that the embargo will stop Cuba from drilling and must instead adopt policies that protect U.S. economic, environmental, and foreign policy interests.

Email ThisBlogThis!Share to TwitterShare to FacebookShare to Pinterest
Labels: along the malecon blog, cuba, oil