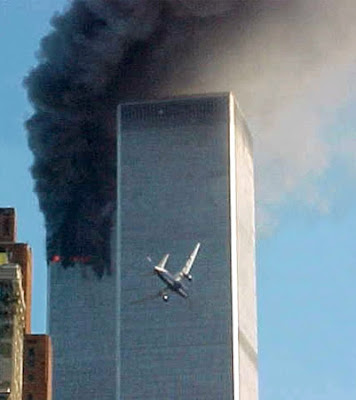 Photo credit: Britanica
Prosecutors have claimed they couldn't produce some of the evidence in the Luis Posada Carriles' case because the documents were destroyed in the Sept. 11 terrorist attack on New York City, defense lawyers said Thursday.
The Cuban exile's lawyer, Arturo Hernandez, didn't explain just how it happened or exactly where the documents were located in New York.
But he said the government's ability to disclose discovery documents in the case "has been less than stellar" as prosecutors claim a "lack of knowledge," or say that materials "do not exist" or "are irrelevant."
Hernandez said after the trial started, the defense learned that prosecutors didn't comply with a September 2010 judge's order to produce materials "because voluminous classified materials exist."
Rather than disclose the classified evidence and hold pre-trial hearings to decide how the material should be used and whether some of it should be sealed, prosecutors disclosed only declassified portions of the material "and claimed that the rest of the materials were destroyed as a result of the events that occurred in New York on 9/11," Hernandez wrote in a Feb. 10 document (Download PDF): He wrote:


That disclosure was combined with the Government's extremely tardy production of over 6,400 pages of Rule 16 materials encompassing the Cuban Documents, which the Government has had in its possession, custody and control for over 10 years.

In the Feb. 10 document, Hernandez also attacked the credibility of Cuban state security Lt. Col. Roberto Hernandez Caballero. He is a U.S. government witness who testified this week about a 1997 hotel bombing that Posada Carriles has been accused of planning.
Posada Carriles' lawyer said Hernandez Caballero was also a witness for the prosecution in the case of Adel Regalado Ulloa, who was charged with air piracy in 1996.
Arturo Hernandez, no relation to the Cuban witness, wrote:


In the Ulloa case, the Government of Cuba altered documents. Ulloa's defense counsel stated that he 'previously placed the government on notice, with actual evidence, of the fraudulent preparation of documentation by purported criminal investigators, known as "instructors" in the Republic of Cuba.
Counsel explained ordinary United States criminal investigators have relied upon them, but "other people within the same agencies at much higher levels have known that the documents have been fraudulent yet these documents have tragically still been made part of judicial proceedings and never withdrawn by the government."
One document that defense counsel specifically recalled from the 1996 case was a false Cuban rap sheet of one of the defendants in the Ulloa airline hijacking case that was used to make the individual appear as a criminal as opposed to a defector seeking asylum in the United States.

The former lawyer for Ulloa also said some of the impeachment material he has that could be used to discredit Hernandez Caballero "deals with matters of national security," and so he could not disclose it.
Posada Carriles' lawyer wants to show that Cuba's judicial system is biased and unreliable. Toward that end, he cited another document that he received after the trial started. It was declassified on Jan. 11, 2011, and says that "an unknown person provided statements indicating that the Cuban evidence was falsified and the bombings in Havana were staged by the Cuban Government."
Ulloa's lawyers also sought to discredit Cuba's legal system and they won an acquittal.
Ulloa and two other Cubans crash landed a small plane off Florida's Gulf Coast in August 1996.
An immigration judge gave the three political asylum and a Tampa jury acquitted them of hijacking charges (Download PDF of court docket, which shows timeline of case).
U.S. prosecutors then tried to deport the three Cubans, but that effort failed (Download PDF of letter by lawyer who explains case and argues against deportation).
Cuban officials opposed the acquittal because they said such actions would encourage more people to take planes and head to Florida.
Posted by alongthemalecon at 8:17:00 PM