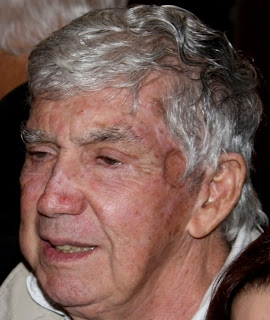 Luis Posada Carriles
Prosecutors on Monday accused lawyers for Luis Posada Carriles of making "reckless, baseless" arguments while trying to convince jurors that the government has withheld information or treated the defendant unfairly.
In a 17-page document (Download 17-page PDF), prosecutors reject defense claims that the federal government has been slow to produce discovery information in the case.
They accuse the defense of trying to intertwine the testimony and evidence of witnesses who are unrelated in a "disingenuous and grossly misleading" way.
Prosecutors also denied an FBI source's claim that Fidel Castro might have been behind a string of hotel bombings in Havana in 1997. That source was "uninformed" and had a bias against Cuba, prosecutors said.
They conclude:


The defendant's motions are untimely filed, lack merit, and should be denied.

Arturo Hernandez, a lawyer for Posada Carriles, had let loose a string of accusations and demands on Friday (Download his motion)
For instance, he asked that the U.S. government produce two transcripts of past testimony by Cuban Lt. Col. Roberto Hernandez Caballero. He accused Hernandez Caballero of fabricating evidence in two past cases. And he claimed the federal government was springing the witness on the defense without adequate warning.
Prosecutors called that an "extraordinarily puzzling claim" and said the defense was told on Nov. 25 that Hernandez Caballero was a "likely government witness."
Defense lawyers on Friday also claimed that U.S. authorities had told them that files in the Posada Carriles case had been destroyed in the Sept. 11 attacks in New York.
Prosecutors said the defense gave the mistaken impression that the reported loss of evidence was connected to Hernandez Caballero.
In fact, they said, without elaborating, that the idea that the Sept. 11 terrorist attack destroyed evidence was linked to the testimony of Cuban-American businessman Antonio Jorge Alvarez.
Alvarez had said that he warned the FBI that Posada Carriles and others were preparing to carry out bomb attacks in Havana. But the FBI did nothing, the New York Times quoted him as saying in July 1998.
Alvarez' statement was included in three declassified FBI documents that prosecutors obtained in late December. Prosecutors wrote:


The United States took the appropriate step of approaching the Court regarding disclosure of the documents, and produced them to the defendant within less than two weeks of receipt.
The defendant's claim that these two documents contain admissible, exculpatory material has no merit. Both documents contained mere conjecture. In fact, the United States has conferred with the FBI Agent who wrote the September 25, 1997 document, who stated that the document was based on the statements of an uninformed source who was biased against Cuba, and who was merely sharing an opinion that had been formed prior to the completion of any investigation. The FBI eventually conducted a more thorough investigation of the Havana bombings, which did not reach the conclusion that the Cuban government was in any way involved in planning the bombings.
In both his written and oral pleadings, the defendant notably neglected to mention the contents of a third document produced to him on January 10, 2011 — a May 11, 1999 declassified FBI report which hypothesizes that the defendant himself is "suspected of working for the Cubans," and that the assassination attempt against him in the late 1980s may have been motivated by the Government of Guatemala rather than the Government of Cuba. This May 11, 1999 document similarly stands with the prior two as unreliable, unfounded conjecture by the defendant.
More importantly, however, the content of these documents is not directly related to the testimony of Lt. Col. Hernandez Caballero, who has been called to the stand to testify solely about his observations of the crime scenes after bombs were detonated in Havana, Cuba, in 1997.


No information in the case suggests that Lt. Col. Hernandez Caballero has ever fabricated evidence in any matter. Thus, attempted impeachment of his testimony with information that speaks to purported past practices of the Cuban government in its entirety would be entirely improper and a transparent attempt to conflate the elements of Rules 406 and 608 of the Federal Rules of Evidence.

Prosecutors add that lawyers for Posada Carriles have been irresponsible in their accusations.


The defendant's pleadings in this case have recklessly and incorrectly characterized Lt. Col. Hernandez Caballero's statements in testimony from two prior trials that were held more than a decade ago as perjury. To assert such an illogical conclusion even before direct examination of this witness has concluded is telling.
The defendant's pleadings confuse and conflate unrelated issues in this case in an attempt to create the illusion that the United States has somehow not met its obligations to produce important discovery material in this matter. To the contrary, the United States has consistently met its discovery obligations in this case. The declassified FBI documents were produced to the defendant less than two weeks after their receipt, and following appropriate, mandated consultation with the Court which was initiated by the United States.
The discovery matters regarding United States witness Mr. Antonio Jorge Alvarez are completely unrelated to those regarding Lt. Col. Hernandez Caballero, and the defendant's attempt to intertwine these matters in a single pleading is disingenuous and grossly misleading.
The defendant knows that the United States has consulted with the Court ex parte regarding discovery material related to Mr. Alvarez, and that the Court continues to review these matters. That the defendant would allege that the United States made "patently false and misleading representations" when it represented that other discovery material related to Mr. Alvarez was destroyed in the World Trade Center on September 11, 2001 merely exposes the reckless, baseless nature of his arguments.