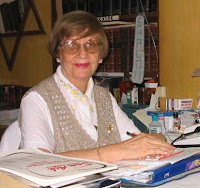 In July 2010, Adela Dworin, a leader of the Jewish community in Havana, distanced herself from Alan Gross, the U.S. government contract employee who went on trial in Cuba today.
Reports that Gross was working with a Jewish group in Cuba was troubling, Dworin told me in Havana.
"We are interested in Jewish culture. What interest would we have in espionage or improving our access to the Internet? Why? I don't think any Jewish organization in the country is mixed up in that," she said.
Dworin added that it's possible she met Gross, but she didn't remember him.
"From October to May, we get hundreds and hundreds of Jewish religious visitors," she said.
A Cuban source who spoke on condition of anonymity questioned Dworin's version of events today and said Dworin knew Gross.
"Adela Dworin herself knew Gross. Perfectly," the source said.
I haven't reached Dworin to hear her side of the story. I have met with her a few times over the years. She has always been kind, gracious and generous with her time. She and other leaders of the Jewish community try hard to steer clear of political controversies. If Dworin did "forget" meeting Gross, in kind of a Reagan-esque fashion, perhaps it is her way of staying out of a political mess.
The American contractor evidently was doing some kind of work with ORT, a Jewish educational network, the source said.
ORT's Cuban subsidiary closed three months ago. "It was for them, apparently, that Gross prepared the (Internet) network connection," the source said. 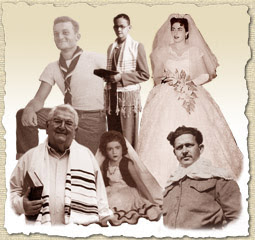 William Miller, listed as a technical adviser for the project's website, told CBS News that he had met with Gross more than once, but declined to give details. CBS News said:


Miller ducked the question of whether he is going to be a prosecution witness, saying only, "I'm going to be there, I'm part of it."
Miller is the first member of Cuba's small Jewish community to admit knowing and talking to Gross.
"I know the person. I know exactly the person you're referring to," he said in a phone conversation with CBS.


meets the educational, and manpower training needs of contemporary society with more than 3,000,000 graduates worldwide since its inception. ORT was founded in St Petersburg in Tsarist Russia in 1880 to provide employable skills for Russia’s impoverished Jewish people. Since that time, the skills taught by ORT have evolved in step with technology.

The name 'ORT' was coined from the acronym of the Russian words Obshestvo Remeslenofo zemledelcheskofo Truda, meaning The Society for Trades and Agricultural Labour. It is an acronym that has stuck through 130 years of education and training, moving from its roots in Russia to become a global organisation, hence the name World ORT. ORT is proud of its history and roots, and that it still carries the moto of "Educating for Life" into today.