Backgrounder on Alan Gross as he goes to trial in Cuba

Alan Gross goes to trial on March 4 in Cuba. Some pro-Castro supporters are convinced that he is an American spy. It will be interesting to see if Cuban authorities have evidence to support that claim.
Anything is possible, to be sure. But I believe Gross is just what he said he was: an international development worker from Maryland.
The 61-year-old may not have spoken Spanish or been terribly familiar with Cuba. But he was not naive and had decades of experience working under difficult and sometimes unsafe conditions in Afghanistan, Yemen, Iraq and other nations.
His for-profit company was A.P. Gross & Company, Inc., and his non-profit firm, Joint Business Development Center, Inc. Websites for the companies - AP Gross - and JBDC - are no longer in operation.
Cuban authorities accuse Gross of crimes against the Cuban state, and prosecutors have recommended a 20-year sentence.
Below is background on his case, which some readers may find useful as he goes to trial.
The New York Times reported his arrest on Dec. 11, 2009. The paper said an unidentified U.S. government contract worker had been detained in Cuba on Dec. 5, 2009.
In the months that followed, the date of the arrest was frequently reported as Dec. 4 or Dec. 5. But his wife, Judy Gross, said in a Nov. 7, 2010, letter to the Miami Herald that the actual date was Dec. 3.
Raul Castro first mentioned the arrest publicly on Dec. 20, 2009, but didn't identify Gross. U.S. officials also refrained from identifying Gross. And while his identity was not publicly known, someone began wiping clean or disabling links to his company websites.
The New York Times reported the jailed man's identity on Jan. 12, about a month after the paper's initial scoop.
I was curious about his background and used the Internet Archive's Wayback Machine to retrieve archived pages from the websites of Gross's companies.
I also dug up a JBDC corporate statement that gave details of Gross's work to establish Internet connections in remote regions of the world.
The statement said: 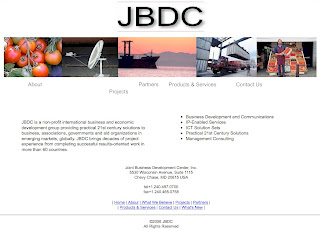 Interestingly, the statement also lists Cuba as one of the countries where he was doing work. If he were a spy, would he have listed Cuba?
Judy Gross said her husband is desperate to get home to see his family, including his courageous daughter, Shira, who is battling breast cancer (See her blog, Cancer for my 26th Birthday).
Judy Gross wrote:


Upon learning of our 26-year-old daughter’s breast cancer diagnosis, Alan has been consumed with anguish and a desperate yearning to be home by her side. In an Aug. 7 letter that was submitted to Cuban President Raúl Castro, Alan wrote, “If the Government of Cuba does not recognize this desperate humanitarian need, then perhaps it would release me on the good faith that I would return to Cuba at the first possible moment in order to conclude my case.”
Alan’s offer may sound laughable to most, but I know it to be sincere. After all, this is the man who, in an unlikely duo with one of his captors, plays Guantanamera on a harmonica. He is the man who, while incarcerated in Cuba, has drafted an economic recovery plan for the Cuban people. Those of us who know Alan well know of his love for Cuba, especially its music and people.
In an October letter, Alan wrote to me: “I keep thinking about the late 1960s when we had our own spirit of revolution, how idealistic we were. I am happy that I was able to maintain my idealism, which is why — I suppose — I remained active in international development for so many years while my work acquaintances became younger and younger.
“Despite my circumstances and my Cuban experience, I do not hate Cubans — I only hate what is happening to me.”
Before this fateful trip, Alan had visited Cuba several times and never been in trouble. When Alan arrived in Havana, he declared to the Customs authorities what he was bringing into the country. Alan’s only wish was to help Cuba’s tiny Jewish community gain access to the Internet so that they could be in touch with each other and with Jews around the world.

A Facebook page demanding that Alan Gross be released is here.

Links to early posts I wrote about the case in December 2009 and January 2010 are below.