March 7 update:
An IPS reporter said the press service was wrong about the $2.6 million and has deleted references to it. An inadvertent translation error led to the mistake, the reporter said. 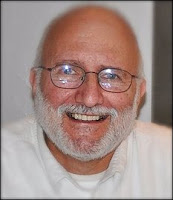 Inter Press Service said today that U.S. officials are spending $2.6 million to defend Alan Gross, the American contractor found guilty on accused* of taking part in a "subversive project" aimed at toppling Cuba's socialist government.
The IPS claims officials are using funds from a $20 million budget that the State Department set up to pay for democracy programs in Cuba in 2010.
A reader questioned the IPS report and said the press service might have mixed up some numbers. The company that hired Gross, DAI, had a $2.6 million government contract. That same dollar amount, the reader noticed, somehow became the amount the U.S. is spending to defend Gross in the IPS article.
The reader said he believes the report must be inaccurate, and I think he's probably right.
I sent IPS an email asking if the agency has any documents or other information to support the claim. I'll post additional information if I get it. IPS reported the same claim in a March 4 story.
* Phil Peters of the Cuban Triangle blog points out that Gross has not been found guilty - yet.
Posted by alongthemalecon at 11:43:00 AM

i linked it. it's probe some stupidis don't know how to do with the taxpayer's money. give the money to the right guy and the "cooker" gross will come back home soon.

Tracy,
On Cuban TV tonight (March 7) there was/is a program entitled "Truth and Principles" in which Cuba unveils "the U. S. subversive plans." It is strictly a product of Josefina Vidal. She is contemplating releasing Alan Gross for "time served" once his 20-year-or-so sentence is official, and she is of a mind to shut down the U. S. Interests Section in Havana at the cost of, among other things, losing the Cuban Interests Section in D. C. Vidal did not like data from WikiLeaks even though that info revealed the U. S. conclusion that the "three biggest opposition groups" in Cuba consist of only "63 people," which parallels her beliefs. Check the documentary and you'll realize Vidal's significance, surpassed on the island only by the Castro brothers.

Thanks, Rich. I'll check out the program.