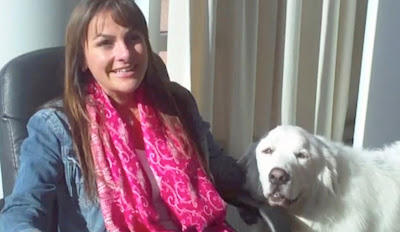 Stephanie Rudat talks about the value of Facebook's Causes platform as a way to bring about political change (see video).
Social networking activist Stephanie Rudat is pulling together an elite international team aimed at helping Cuban bloggers and others carve out their own future in Cuba.
She is enthusiastic about using cutting-edge technology to empower people to bring about non-violent revolutionary change.
Rudat especially likes taking on authoritarian governments. She says in one interview, "Toppling dictators is something I really like."
Please see the Cuba Money Project for a story about her invitation-only Cuba summit in Panama in April.
Text-only version of story is here.
Posted by alongthemalecon at 7:54:00 AM