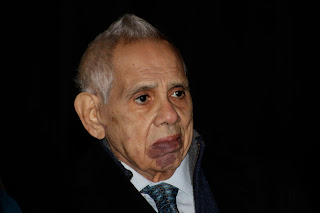 Orlando Bosch in Miami in December 2010
Anti-Castro militant Orlando Bosch died on Wednesday in Miami. He was 84. His wife, Adriana, told the Associated Press that he had been in the hospital since December.
That was just days after Bosch presented his memoirs to a Miami crowd that included Luis Posada Carriles.
Bosch and Posada Carriles - both of them former CIA operatives - have been linked to the 1976 bombing of a Cuban airliner that killed that 73 people.
During the unveiling of his memoirs, Bosch denied the accusations.
Below are links to posts related to the Bosch memoirs: