Miami lawyer was worth every penny in Posada Carriles case 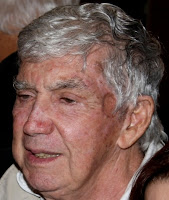 Ever tenacious Arturo Hernandez was relentless in his defense of anti-Castro militant Luis Posada Carriles and deserves much of the credit for Friday's verdict.
Posada Carriles should also thank U.S. District Court Judge Kathleen Cardone, who allowed some of the evidence against the defendant to be excluded. The judge also permitted hundreds of documents in the case to be filed under seal, so the public may never know what really went on behind closed doors unless one of the lawyers writes a tell-all book.
Prosecutors had the power and weight of the U.S. government behind them, they spent untold sums of money and still managed to lose what looked like a strong case.
One of the accusations against Posada Carriles was that he lied about how he entered the United States.
By the time the case neared its end, wire stories about the case didn't even give Posada Carriles the presumption of innocence on that point, flatly stating that the defendant didn't enter the country at the Texas border as he claimed, but journeyed to the U.S. by boat, reaching Florida.
But prosecutors failed even to convince the jury on that simple point.
Posada Carriles had his day - and weeks - in court and the jury found him not guilty. The jury has spoken, as the cliche goes.
After all this, I wonder what Posada Carriles' immigration status is. Anyone know? Will U.S. authorities decide - or have they decided - that he can stay in the U.S. legally? Or is Posada Carriles still deportable because of violations of the law outside the country?
Posted by alongthemalecon at 6:06:00 PM

The jury had to have been paid off.

If true, that would be quite a story...

He is very much deportable also for violations on usa soil such as involvement of the jfk assination the bombings in New York, Puerto Rico and Washington DC... hopefully ICE has the van ready to go to drop him off at the border and say go live so many thousands of of immigrants they that do not get as much as opportunity that he had. In Texas if an immigrant is DUI that is deportable-such a double standard. I was there twice in court Cardone was shoving evidence out plus in 2003 evidence regarding posada was purposely thrown out - obstruction of justice

Interesting point that an immigrant with a DUI can be deported.