Earlier this month, activists who organized a summit to boost the democracy movement in Cuba wrote:


We are very excited to welcome our guests from April 25th to the 29th at the wonderful InterContinental Miramar Panama for the first ever {think}CUBA gathering!
Please note that we are no longer accepting applications and all selected attendees have already been notified. If you have not received your welcome kit by April 20th, please get in touch.

That's what they told the world. Then, several participants' Tweets seemed to indicate, they quietly began their meeting this week, almost two weeks before the announced start time.
So what's going on? Did the full-fledged meeting begin or not? Was a preliminary meeting? Was it subterfuge? Did they change the date to wait until Cuba's Communist Party meetings were over? Or are {think} Cuba organizers a little unorganized?
These questions may be moot. I mean, if it's a private meeting with no government involvement, then there's no public interest.
But if organizers received U.S. government funds to help put on the bash, then one could argue that organizers should be held to a certain degree of accountability.

To be clear, boosting human rights and expanding freedom is a noble cause in any country. I am not questioning that. But I do think it's worth asking who is paying for the {think} Cuba summit.
{think} Cuba organizer Stephanie Rudat did not respond to my March 26 message to her, which read:

Rudat doesn't have to answer, of course. But summit organizers' strategy leaves me perplexed.
When organizers announced the summit, they said it would take place the week of April 11 and called for international activists to apply to participate. Then they changed the date on their website for some reason. Were they trying to avoid attracting the attention of reporters and other people who might ask questions they don't want to answer? If so, their unspoken message to journalists - and any non-participants - is:
To be sure, Cuba's socialist government is an easy target because it denies people many basic freedoms that are taken for granted around the world.
Still, the {think} Cuba organizers give the impression that they are misleading people. If so, the event they describe as a gathering of elite international activists becomes just as billed: Elite. Or rather: Elitist.
Now maybe there a logical explanation for the muddled dates of the event. If that's true, forgive me for veering off on the wrong path.
And maybe there are no U.S. tax dollars tied up in the event. If that is true, then please disregard this post. Private individuals and groups, as far as I'm concerned, can do what they want. That's between them and Cuba.
But if the U.S. government helped sponsor the {think} Cuba summit, then taxpayers deserve greater accountability and less secrecy. 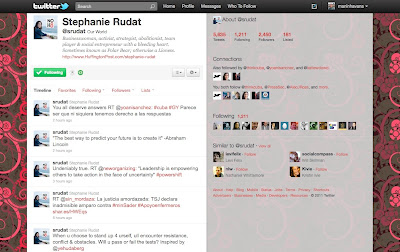 Tracey, I'm glad you've been keeping your eye on this, and I'll look forward to seeing what you can find as far as {think} Cuba funding is concerned.

I guess that private individuals can do what they please--but if a group explicitly sets out to destabilize a foreign government, does this not infringe on US foreign policy? Does our government have the right to interfere if this is the case? I'm guessing not, but I'd be curious to know.

The Cuban case is also different because of the travel ban, export controls, etc. You can't really do much in Cuba without US government involvement, even if it isn't monetary.

Aside from these concrete factors, this {thing} just reeks of irresponsibility and ignorance.

Ellery,
Thanks for your message. You raise some interesting questions. I am just starting to poke around and there is much I don't know about how these things work, what the law says, etc. I will let you know what I find out. Take care,
Tracey