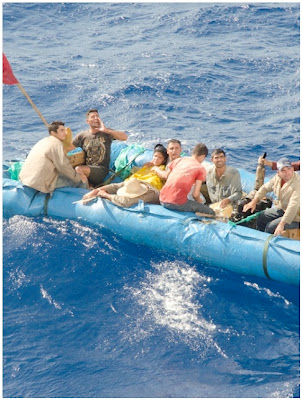 Hope, air and what looks like duct tape kept this craft afloat


A 1,020-foot cruise ship on May 1 rescued nine Cuban rafters who were struggling aboard a precarious leaky craft caught in choppy seas.
Desarraigos Provocados posted a remarkable series of photos that were evidently taken from the Navigator of the Seas ship at about 3 p.m. on May 1. I don't know who shot the pictures.
The 140,000-ton cruise ship was located about 45 miles north of Havana when crew members spotted the rafters, including eight men and one woman, according to a narrative posted on Desarraigos Provocados. After the Cubans boarded the cruise ship, a Coast Guard vessel came to pick them up for transport to Key West.
Under U.S. policy, such migrants have the opportunity to apply for political asylum. American authorities wind up returning a majority of them to Cuba under the so-called wetfoot-dryfoot policy, which says if you make it to land you can stay in the U.S., but if you are captured at sea then you must return to Cuba.
(Download PowerPoint slideshow containing photos and description, 7.5 MB) 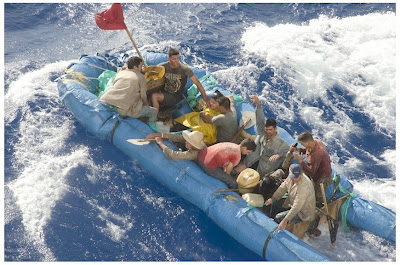 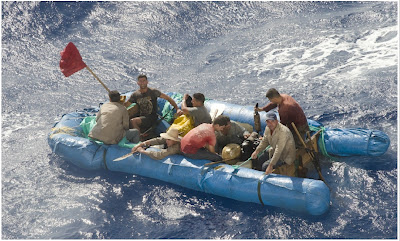 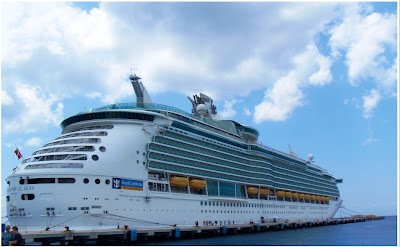 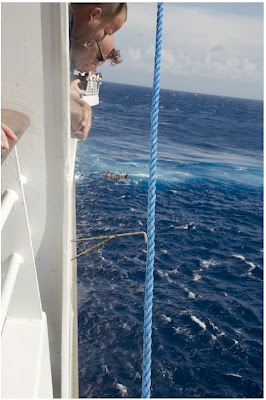 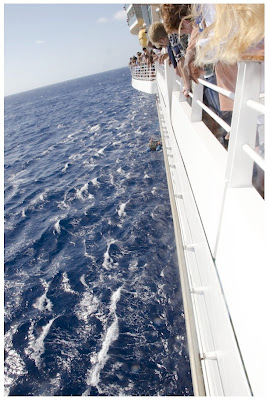