In recent hours, a new smear campaign is being orchestrated against the Revolution. On this occasion, it concerns the death of a Cuban citizen Juan Soto Wilfredo Garcia, which occurred on May 8 May due to acute pancreatitis in the Provincial Hospital Castro Arnaldo Milian in Santa Clara. 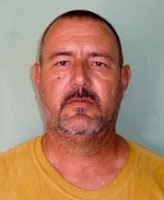 Counterrevolutionary elements, in an unscrupulous manner, fabricated the lie that this death was the result of an alleged beating that agents of internal order had inflicted, which was quickly amplified by means of imperial disinformation, mainly in Europe and the United States, where even some government spokesmen have expressed concerns about the facts alleged.

On May 6, the citizen was admitted to that hospital with severe abdominal pain, caused by acute pancreatitis. Subsequently he was further diagnosed with other underlying diseases such as dilated cardiomyopathy, hyperlipidemia (excess fat in the blood), diabetes and chronic hepatitis, a result of excess fat in the liver.

Pathological tests carried out on the deceased disclosed a natural death, establishing as a preliminary cause "shock and multiple organ failure due to pancreatitis." There were no signs of internal or external violence.

Citizen Wilfredo Soto Juan Garcia, 46, has several criminal records, such as disorderly conduct, theft and causing serious injury, so he in turn was imprisoned for two years.

In recent times, he was linked to counter-revolutionaries, who used him for their provocative activities. The last incident, disturbing the peace, took place on May 5 in a park in Santa Clara, at which time he was taken to a police station and released three hours later without incident.

As broad popular support for the results of the Sixth Congress of the CCP (Cuban Communist Party) is ratified and the people are committed to implementing the approved guidelines, external and internal enemies seek to discredit Cuban reality and undermine the international prestige of the Revolution and its moral strength.

As expressed by the President of the Councils of State and Ministers, Army General Raul Castro Ruz, in his main report to the Sixth Congress of the CCP:

"We have patiently endured the relentless campaign to discredit human rights, subsidized by the United States and several European Union countries, that demands nothing less than unconditional surrender and the immediate dismantling of our socialist system and encourages, guides and helps internal mercenaries to disobey the law."

The Revolution has always defended the truth and the invincible power of the people who rely on the strength of the ideas of justice that made it possible.