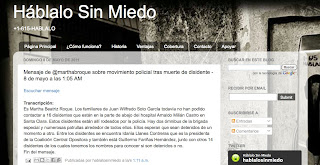 Screenshot of Hablalo Sin Miedo website
Cuba's political opposition on Sunday was protesting the death of a dissident known as "the Student."
Juan Wilfredo Soto Garcia, 46, died around 12:30 a.m. Sunday, less than three days after police allegedly beat him at a public square in Santa Clara, dissident leader Martha Beatriz Roque said in a Google voice message.
The funeral was scheduled for 2 p.m. today. Some Cuban dissidents were reportedly allowed to see Soto Garcia's body. Some were evidently concerned he would be buried so quickly that it would be impossible to see the condition of the body.
Beatriz Roque said Soto Garcia was handcuffed while police beat him. That information hasn't been confirmed. The authorities were reportedly taking the dissident into custody at the time. Uncommon Sense reports that the confrontation with the police began after officers asked Soto Garcia to leave a public park. An article posted on a blog called Islamia rejected the opposition's account and said there was no confirmation that police arrested Soto Garcia violently. 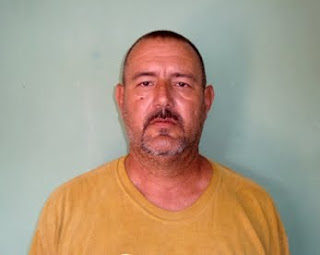 Penultimos Dias posted this photo of Soto Garcia and credited Cubanacan Press
You can read a transcript of Beatriz Roque's initial message in English and in Spanish on Hablalo Sin Miedo. The message says:


Martha Beatriz Roque speaking. Unfortunately, I have to notify you that Juan Wilfredo Soto Garcia, a dissident of the Central Opposition Coalition, has just died. Last Thursday, May 5, he was in Vidal Square, in Santa Clara, Villa Clara province, where he was violently beaten by several police elements. Due to the attack, he was admitted to the Arnaldo Milian Castro’s Hospital, of Santa Clara. After a respiratory arrest, he has just died.

In a second Google voice message, Beatriz Roque said 16 dissidents went to the hospital in Santa Clara and were surrounded by police. The message transcript is here.
In later messages, Beatriz Roque quotes Soto Garcia's niece as saying that a doctor told her he died of an infection of the pancreas. Some 21 dissidents were gathering at the funeral home where the body was taken.
Dissidents say they'll be posting developments on Twitter. Search hashtags #JWS and #Cuba.
El Diario de Cuba reported that the hospital released Soto Garcia prematurely after doctors first treated him. His condition evidently worsened and he was taken back to the hospital, where he died. The website quotes Guillermo Fariñas, an opposition activist and independent journalist who nearly died in 2010 after a hunger strike.
Soto Garcia had been active for the past several years in a group called the Coalición Central Opositora, or Central Coalition Opposition. Below are screenshots taken from a YouTube video about the opposition organization. 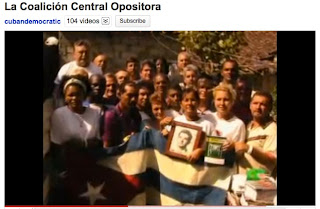 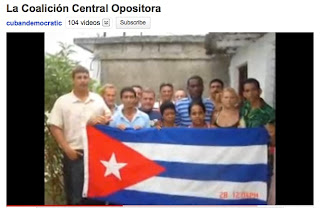 El Diario de Cuba reports that Soto Garcia got his nickname - the Student - after being accused of "sabotage of public property" when he was a 17-year-old student.
The website also says Soto Garcia had been jailed twice for "enemy propaganda."
Last year, Soto Garcia told Marti Noticias that a government supporter had threatened him (listen to the dissident's statement). He said state security agents were responsible for any harm that might come to him in the future.
Posted by alongthemalecon at 7:26:00 AM

What the U.S. call "dissidents" are U.S. paid and directed mercenaries who are trying to destabilize an overthrow Cuba's chosen system. One died? I hope he rots in hell, together with Orlando Bosch and very soon, Posada Carriles .

Orlando Bosch was a great Dr. and a Cuban Patriot as well as Luis Posada. the real murder is Fidel Castro and his Clan of Terror.
We need to put end to that regime of terror..
free to cuban people.