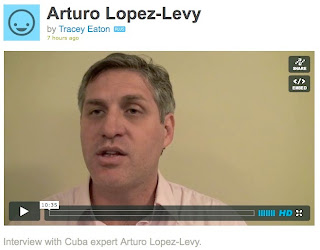 I've posted more videos to the Cuba Money Project's Vimeo channel. They include interviews with:
I taped these interviews at the Cuba Futures: Past and Present symposium in New York City on April 2. From the same conference, I am also posting: 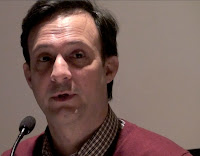 More videos to come from the conference and from Havana.
Posted by alongthemalecon at 9:33:00 AM

dear, everybody knows who is lopez-callejas relatives if not a cousin of luis alberto the son in law of castro 2. but the point is his views are the same of the inteligent office from cuba. he is not an expert he is an agent. sorry. regards.