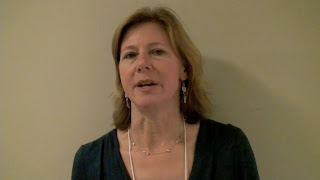 Your achievements will be bigger, greater, when you do them collectively. Those types of values like honesty and solidarity, anti-imperialism, hard work, they do have meaning for young people.

But socialist values don't put food on the table, and so many young people turn to the black market to make money, and some are forced to drop out of school. Blum discovered that and more while researching her book, "Cuban Youth and Revolutionary Values," published by the University of Texas Press.
Blum is an assistant professor at Oklahoma State University. She first traveled to Cuba in 1995 to work on her master's thesis. She kept returning to Cuba, despite suspicion about her work and accusations that she worked for the CIA.
She focused on junior high schools in Cuba. In the book, she writes:


Before going to Cuba, I had spent ten years teaching ninth graders Spanish in the United States and English as a second language in Latin America. From this experience I acquired a general understanding of ninth-grade behavior that someone outside the teaching profession might label dissident. In addition, because Cuban schooling is required only through ninth grade, that is the year when students decide whether they will pursue further education or follow a vocational path. Thus, ninth grade seemed an appropriate time for exploring students' aspirations and the extent to which they coincided with the needs of a socialist society. 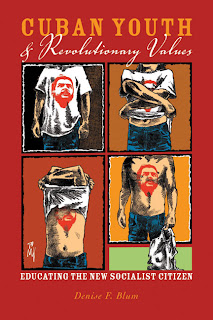 Blum says that little research has been done on secondary education in Cuba. While she was living in Cuba in 1998 to 1999, secondary school enrollment was 65 percent, up from 50 percent in 1993, yet still much lower than the rate in the United States.
She writes:


This difference caught my attention. What were the teenagers doing if they were not in school?
How does low secondary enrollment affect society, and what options are Cuban students choosing instead of further schooling? My work with Cuban students and teachers, while it did not necessarily answer enrollment statistics, did uncover some students' feelings about the educational curriculum, aspirations for their own future, and attitudes toward school in the late 1990s, during a period of economic change.

She says Cuban Ministry of Education officials eventually gave her permission to conduct research inside a school - Granma Junior High School, she called it. She writes:


During the initial stages of my research, I always referred to my school site by its revolutionary name (all Cuban schools are named after heroes or martyrs of the revolution). I also referred to it by the municipality in which it was located, never by the name of the neighborhood, and perhaps this missing link was what lay behind the reaction of MINED at the end of my study.
As I was concluding my research visit, MINED officials met with me to review my data and my preliminary findings. In the course of the conversation I mentioned the name of the neighborhood, at which I received looks of shock as they suddenly realized they had granted me permission to conduct research in a school located in what they termed a "marginalized neighborhood."
Surprised and concerned, during my last week in Havana the officials scrambled to grant me additional permission to observe in Ciudad Libertad, an educational compound and showcase of experimental ideas in Cuban education. 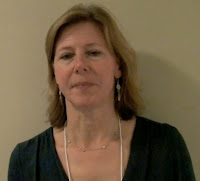 While doing her research, Blum got to know students, teachers and parents.


I spent approximately five of my fifteen months of fieldwork observing and participating in activities at Granma Junior High School and with the families in La Flor (another pseudonym) neighborhood. I lived with a family and divided my time among consulting archival documents, conducting forty-five formal audiotaped interviews, making daily school observations, and participating in school, community, and family activities, through which I acquired hundreds of hours of taped field notes and interviews. Family members, teachers, education officials, and education researchers are equally involved in the educational process, and so I included the stories of their experiences as well. Because older people frequently commented on the differences between their generation's and their children's or grandchildren's generation's education and value inculcation, I have also used generational interviews to show the significance of historical context, socializing mechanisms, and general reception of educational policy by the Cuban population.

She says Cuban officials told her that her field work was unprecedented. She writes:


Receiving formal permission from the Cuban government to conduct long-term research in a Cuban school was unprecedented, according to MINED officials. Likewise, my methods of data collection, analysis, and interpretation were unique by the very activity of conducting research in this "forbidden research terrain" (Fuller 1988). It took me several years to gain access to a Cuban school, and when I did, I was assigned a Cuban mentor and debriefed by MINED before leaving Cuba. I began seeking permission for a long-term engagement during the initial years of fieldwork for my master's thesis. Even with the intense monitoring of my work by government officials, teachers and students wanted their stories told, and navigated the political obstacles for me so that I would "see more" and tell the "real story." Moreover, primary informants became collaborators in data analysis and interpretation as they assisted in the transcription of my taped interviews throughout the study and met for discussion after each transcription session to give me feedback about the data and to guide me in my research strategies and interview techniques.

Blum says education officials didn't know what to make of her research techniques.


Although I expected heavy monitoring, what I did not expect was the intense suspicion my research methods ignited. Not a single Cuban educator and only a few Cuban anthropologists had ever heard of ethnography. I was repeatedly asked why I wanted to go back every day to the school: what was I looking for that I had not already seen? Why was I constantly taking notes? Why did I not have a survey? Why did I spend so much time collecting data? What was qualitative research? What would my final dissertation contain, and how could this research possibly be scientific?
Because of the U.S. government's longstanding antagonistic and colonizing position toward Cuba, I was often accused of being a CIA agent, and even those who accepted me considered my research practices odd. Neither perception was easy to shake or to live with. Nevertheless, applying a survey instrument seemed to ease the tension as well as to open more opportunities for dialogue. So I did a survey.
With all of the political sensitivity surrounding my presence as a U.S. researcher investigating the prodigal child of the Cuban revolution, the educational system, what I found most surprising was the remark of a MINED official during my final debriefing. He asserted, "Criticism of the Cuban education system is okay, but with all of our difficulties, please do not leave us beaten up and on the floor. As you know, we have a history of being bullied by the United States. Recognize that we have implemented methods to save our educational system. We care about our people. Try to leave it on a positive note." In that moment I realized that researchers have the power to do what they want with data; we have full rein. I had the choice of describing the glass as half empty or half full. Candidly, I responded, "For me, it was not one extreme or another. I really did see marvelous things taking place at the school, as well as critical struggles for teachers and students. All countries struggle with many of the same issues. The U.S. school system, with even more material resources, has many problems. Instilling proper values is a major struggle for the United States, too." So it is with the goal of showing both the strengths and the weaknesses of the Cuban government's efforts to create and maintain revolutionary citizens and the Cuban populace's responses to their efforts that I have written this book.