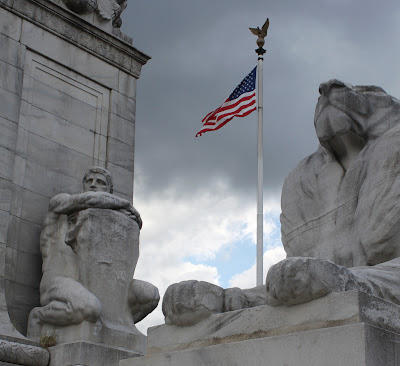 While in Washington last month, I interviewed a variety of sources about democracy programs in Cuba. I have been writing articles this week based on the trip, and am submitting those to various publications.
Now I know this stuff doesn't make big headlines, like Shaq's retirement. But I'll post the complete Washington interviews anyway for readers who might want more detail and context from the conversations.
I am interested in collecting a range of opinions about democracy programs, from supporters, critics, experts and others.
The U.S. Agency for International Development manages the democracy programs in Cuba. So when I went to Washington, a top priority was to talk to someone from USAID or the State Department, which oversees the agency.
State Department ground rules for the media list four kinds of interviews:
I was cautiously optimistic that someone from USAID would talk to me. After all, an official from the agency had just granted an interview to the Miami Herald, one of the seven daily newspapers where I've worked since 1983.
The May 12 Herald story (see here or download PDF) was about democracy programs in Cuba and quoted Phil Peters, author of the Cuban Triangle blog, and Marc Wachtenheim, the former Cuba program director for the Pan American Development Fund. The story also mentioned the Cuba Money Project, a website I created to track the programs and follow the democracy movement.

I was grateful that a USAID official took time from his busy schedule to talk to me in Washington, but the agency insisted that the interview remain "off the record," so I can't share any of it with you.
I don't fault USAID, of course, and told the agency that I welcome any future conversations, even on background.
Other sources - including Peter Hakim, president emeritus and senior fellow of the Inter-American Dialogue; Mauricio Claver-Carone, a board member of the U.S.-Cuba Democracy PAC and editor of Capitol Hill Cubans; and Frank Calzon, executive director of the Center for a Free Cuba - all agreed to talk on the record. I will post all those interviews in the coming days.
See the interview with Frank Calzon on the Cuba Money Project's Vimeo channel.
While in Washington, I also spoke with three sources on background. They spoke on condition of anonymity and so I cannot identify them, but I believe they provide information that helps contribute to a greater understanding of democracy programs in Cuba. I'll post those interviews shortly. Excerpts from those interviews will appear in published pieces.
And over the next week or so, I will post additional interviews with sources in Cuba, including Reinaldo Taladrid, a Cuban journalist and Castro government supporter who appears frequently on state-run television; and Jean-Guy Allard, a prolific Canadian journalist who writes for the pro-government CubaDebate website.

I plan more Cuba interviews, and also hope to travel to Miami to interview Cuban-Americans about the democracy programs. Worse-case scenario: I'll get my lechon asado fix at Versailles restaurant along Calle Ocho.
And whether it's Miami, Washington or Havana, I will do my best to report people's views accurately and in an even-handed way.
Posted by alongthemalecon at 5:40:00 PM