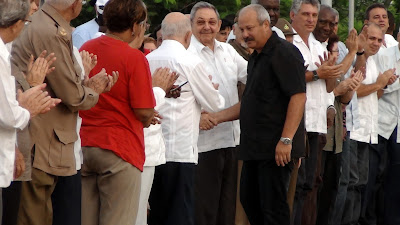 I was editing some video clips today and came across these still images that were captured by my Sony camcorder. The photos were taken on July 26, 2011, when Cuban President Raul Castro and other government officials attended an event marking the anniversary of the start of the Cuban revolution.
The camera is set to capture a still image when it detects that someone is smiling. On rare occasions, it fires when no one is smiling, but usually the technology works.

Some people I've interviewed smile at least 30 times in a four- or five-minute interview. Others talk for 30 or 40 minutes without smiling once. 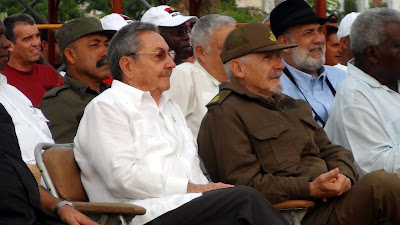 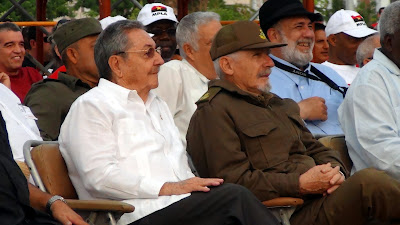 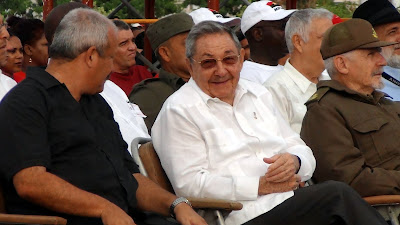 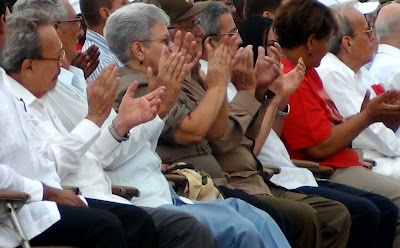 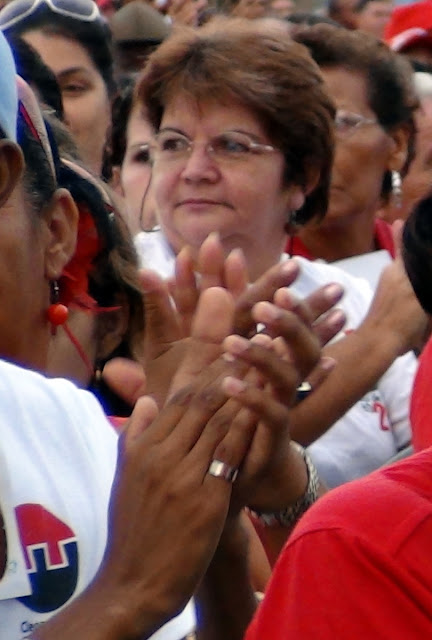 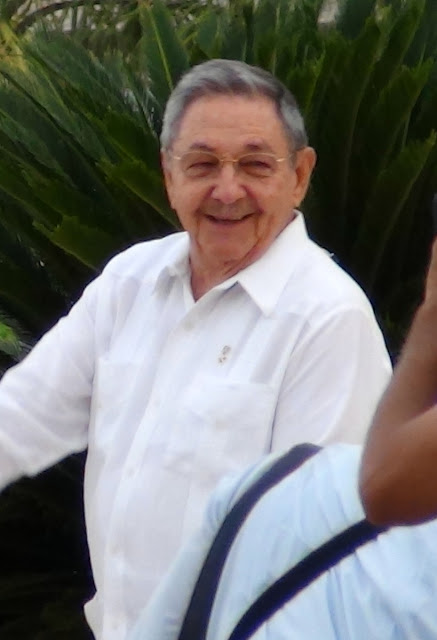 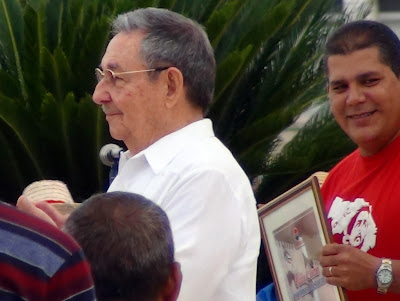 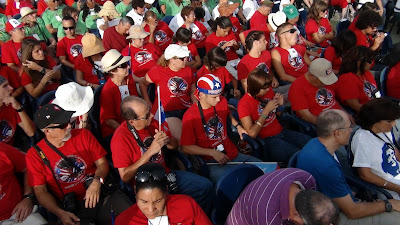 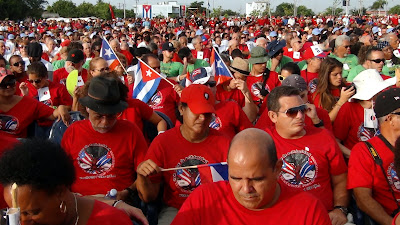