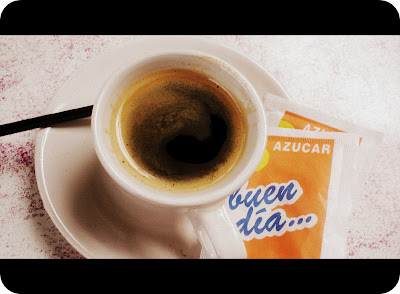 Cuban Americans who favor improved relations with Cuba's socialist government have launched a new organization. The group's announcement is below:

On April 16th and 17th a group of Cuban Americans of different political persuasions from states including Florida, Illinois, Colorado, Massachusetts, New York, Virginia, and Kentucky visited Washington DC in order to promote engagement in relations between Cuba and the United States with members of Congress, the U.S. State Department, and the Cuban Interests Section in Washington. We counted on the support of the Latin America Working Group (LAWG) and the Washington Office of Latin America (WOLA) for such an undertaking.


During our visits with congressional offices we underlined the very important message that the Cuban-American community is not monolithic and that many voices exist within this community that favor a policy of more engagement with Cuba, including the end to the travel ban for all U.S. citizens. In all of the offices we visited, including that of Senator Marco Rubio, we emphasized that we do not feel represented by Cuban Americans who currently hold positions as representatives and senators in Congress. We categorically reject any attribution of said members to speak on the behalf of our community as a whole. The voices of Cuban Americans throughout the nation are articulated by the duly elected officials of each of our states and districts. It is precisely these representatives, and not the self-proclaimed representatives of the Cuban-American community, wherever they may be from, who represent our voices. We also would like to stress that polling data from the Cuban-American population and the American public, in general, demonstrate a clear rejection to any reversal of the flexibilization of family trips and people-to-people contact adopted by the Obama Administration.

In our visit to the U.S. State Department, we were informed in general terms as to the current U.S. policy towards Cuba and its implementation. From the beginning, we established that we disagree with the premise of any policy based in the Helms-Burton Act. This coincides with the feelings of the majority of Cubans on the island, Cuban Americans in the United States, and U.S. citizens in general.

We call on the Obama Administration and, in particular, the U.S. State Department, to more vigorously defend the steps taken by President Obama in April of 2009 and January of 2011 in favor of flexibilization of family trips and people-to-people contact. We have opposed and continue to oppose any narrow interpretation of democracy promotion as an instrument of regime change. We reject any interpretation of people-to-people contact that restrains the true nature of these trips. This narrow interpretation hinders legitimate means of information exchange between different communities in Cuba and the United States.
We advocate, in turn, for a broader understanding of people-to-people contact that never disparages the democratic reach of cultural, educational, and academic exchanges (music, dance, plastic arts, literature). We implore the Obama Administration to take an assertive posture in defending these proclaimed policies and not cede to those who categorize any non subversive exchange, such as visiting the island for a jazz festival or an artistic endeavor, as an "abuse" of the declared policy.

In our encounter with the Cuban Interests Section in Washington, we called upon the Cuban government to adopt policies in favor of a better and more comprehensive relation between the entire Cuban nation, comprised of the people of the island and the diaspora. We focused attention upon four points that we consider important in order to both mobilize more Cuban Americans to call for an end to the embargo and to facilitate more exchange with the Cuban people:

We would like to thank the offices of the members of Congress, the U.S. State Department, and the Cuban Interests Section who met with us and allowed us to address our concerns pertaining to U.S.-Cuba relations. We extend the offer of providing a knowledgeable counter-balance on these issues as professionals in this country who believe in a culture of pluralism, civility, and respect. We look forward to continued dialogue with those offices and many more in Washington and around the nation in the near future. As Cuban Americans, we feel that the diversity of our community should be appropriately represented, and our endeavors in our nation's capital is one important step towards engagement between the two nations.

I applaud the efforts of this more pluralistic group that more honestly represents the spectrum of opinion among all Cuban Americans. And as well their supporters rather than the most vocal opposition from South Florida as a more representative of the American sentiment regarding normalization with Cuba. Keep up the good work!